If the party are really "for the many not the few" they need to get serious on reforming our broken voting system. 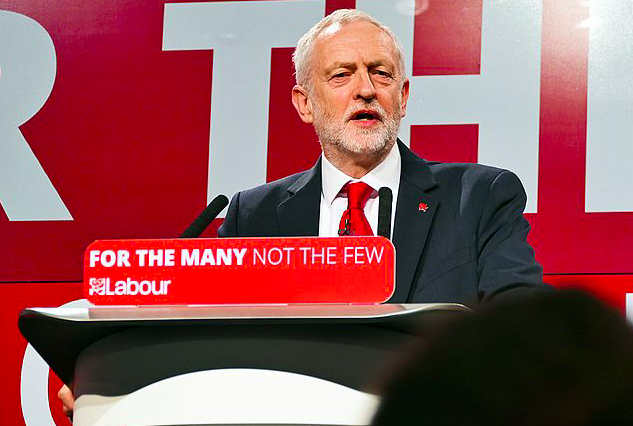 Is it time for the Labour Party to embrace electoral reform? The Green Party thinks so, along with a growing number of Labour MPs and up to three quarters of party members.

Caroline Lucas, the Green Party co-leader will use a speech this afternoon to urge Labour to ‘ditch support for Britain’s grossly unfair electoral system’ and ‘embrace the future’ by supporting proportional elections to the House of Commons.

Lucas will challenge the party on the issue at a debate in Westminster Hall later today which was scheduled after a petition on the Parliament website gained more than 100,000 signatures. The Green Party co-leader said ahead of the debate:

“I urge the Labour frontbench to swing behind electoral reform and join a movement that would truly transform the politics of this country forever.”

Many key voices in the Labour Party back electoral reform and the leadership has appeared close to endorsing it in the recent past.

It was rumoured back in May that Labour might be about to declare support for proportional representation (PR) days before their manifesto launch, but the announcement never came.

In May, shadow cabinet MP Cat Smith led calls for the party to adopt PR, calling it “a prerequisite of a properly-functioning democracy”.

A poll conducted at the time revealed that more than three quarters of Labour Party members backed PR and Shadow Chancellor John McDonnell, and other leading figures close to Corbyn, have also endorsed electoral reform in the past.

But how well would Labour do under a proportional representation voting system?

Here’s what the General Election result would have looked like this year if we’d voted under the D’Hondt PR system: 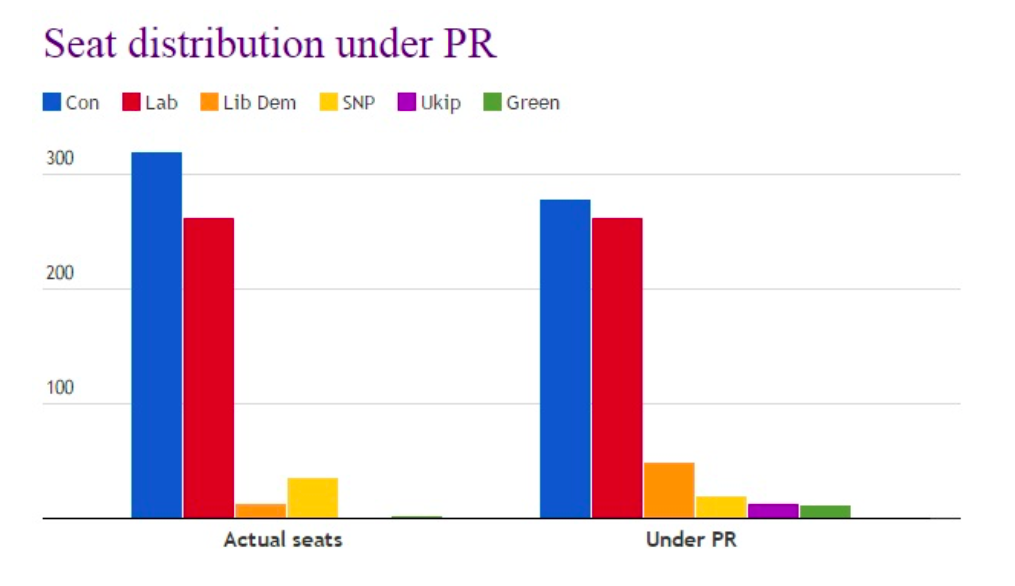 Labour would generally do better under most PR systems compared to our current First Past the Post system.

The Electoral Reform Society showed they’d have gained more seats in 2017 under all 4 PR voting systems they modelled. Under one of the voting systems, Labour would even have won more seats than the Tories.

Corbyn’s Labour, as a party that champions grass-roots democracy, must pursue a reformed voting system in which tens of millions of votes are not wasted at each general election. As democrats, Labour can’t allow First Past the Post continue.

As Caroline Lucas rightly said ahead of this afternoon’s debate: “no party can honestly claim to be for the many, when they deny the many a meaningful vote.”

“The Labour leadership should ditch their support for Britain’s grossly unfair electoral system and embrace the future by backing proportional representation.”

“A truly progressive politics is one which hands power to people, and the best way to do that right now would be to end the tyranny of an electoral system that locks people out and denies them a real say in who runs this country.”

With an estimated 22 million wasted votes at the last poll, and with Labour set to benefit from a reformed voting system, it seems there’s never been a better time for the party to formally endorse PR.

Oscar Webb is a staff writer for Left Foot Forward. He tweets here.

12 Responses to “The Greens are calling on Labour to back electoral reform. There’s never been a better time to do so”