The effect of Brexit on Ireland will be "profound" said Ireland’s equivalent of HM Revenue and Customs in an internal paper. 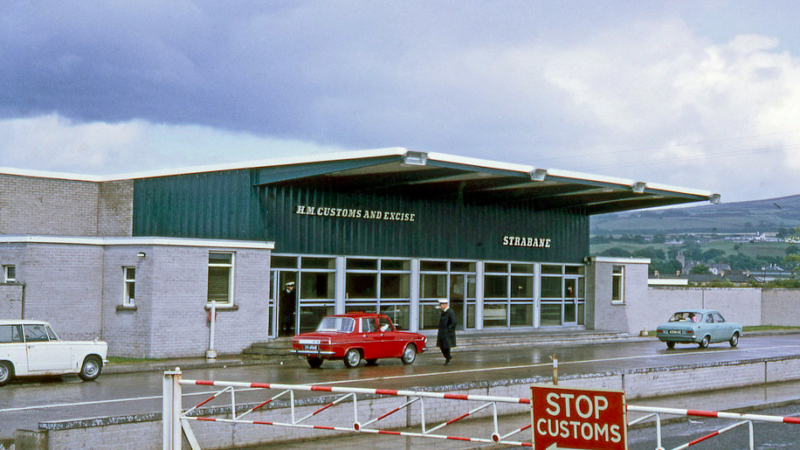 As Theresa May prepares to argue that good progress is being made in Brexit negotiations with the EU, Ireland’s equivalent of HM Revenue and Customs has poured cold water over the idea that a frictionless border can exist between Northern Ireland and the rest of Ireland.

Once negotiations over Brexit are completed, an internal report compiled by the Irish Revenue Commissioners says, “the UK will become a third country for customs purposes and the associated formalities will become unavoidable.”

“While this will affect all member states”, the report circulated by RTE yesterday says, “the effect will be more profound on Ireland as the only EU country to have a land border with the UK.”

In the event of the UK crashing out of the EU without a deal on its future relationship, the Revenue Commissioners warn that under the fall-back position of World Trade Organisation rules: “all UK goods entering the EU would be subject to a default range of tariffs … It has to be assumed that broadly similar tariffs would apply to EU goods entering the UK”. The report warns:

“As all of these goods will be subject to the Customs Import Procedure in the post-Brexit era, the administrative and fiscal burden on the traders involved cannot be underestimated.”

Whilst the report outlines the existing options that govern free trade between the EU and Norway, Switzerland and Canada, it warns that it would be “extremely challenging” to reach a similar deal with the UK curing the 2 year period of the Article 50 negotiations.

The report also appears to contradict Brexit Secretary, David Davis’ suggestion that technology can be used to cover the movement of goods over the border, without requiring hard, physical border posts.

“For a system of this nature to work with maximum effectiveness”, the report states, “it would require an interface between both countries’ electronic systems and it is unclear whether any such system could be commissioned and installed in the time available.”

The report will provide a further embarrassment for the UK Government, with progress on the border with Ireland one of the three key tests that need to be met for discussions over Brexit to progress to considering the UK’s future relationship with the EU.

Last week the European Parliament approved a motion which express a strong belief that “it is the responsibility of the UK Government to provide a unique, effective and workable solution that prevents a ‘hardening’ of the border”, echoing sentiments in the EU Commission.

In July, Ireland’s Taoiseach, Leo Varadkar, argued that his Government will not “design a border for the Brexiteers” whilst the EU’s Brexit negotiator, Michel Barnier last month expressed worry at the options the UK Government was suggesting to prevent a hard border.