It all comes down to how much a divorce deal would cost. 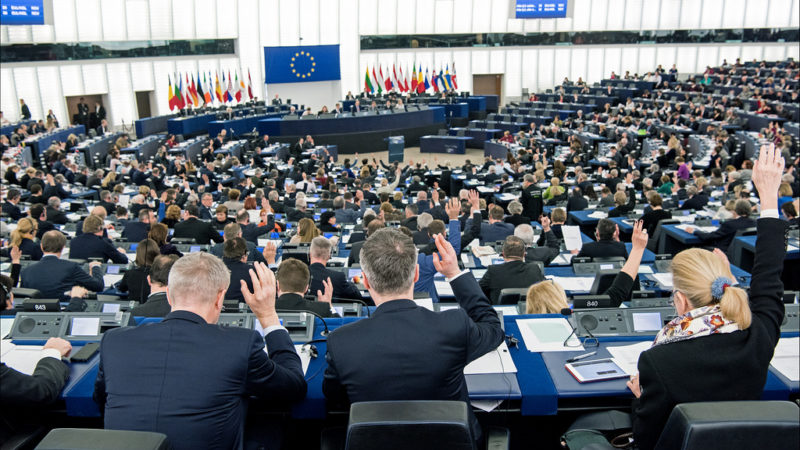 In a widely reported appearance on The Marr Show at the weekend, Shadow Chancellor John McDonnell held out the prospect of a Commons majority to prevent a ‘no deal’ Brexit. Could this actually be possible?

In the intervening days leading up to this weekend’s European Council of Ministers, the Conservatives have resumed their self-flagellation with three contradictory headline-grabbing Brexit statements from senior ministers in one day, Wednesday, alone.

Does this chaos in the Tory Party make the “McDonnell Consensus” more or less likely? Just now, I incline towards the latter, and here’s why.

Any formal Brexit deal will cost a great deal — over £20bn at least — and this would be untenable to Tory MPs wedded to the ideology of austerity. The thought of an alimony settlement running into hundreds of millions a year is utterly unthinkable for them.

“It’s all about the cash” was a German view on the current divorce court politics, from an excellent IFG seminar on Brexit. The process was described as “building a house when you’re separating but haven’t agreed the terms”

But the EU would not claim to be flush either. Contributions from member states are a sensitive matter.  And if one member state essentially “defaults”, what precedent does it set?

This game of “Who Blinks First” also has a number of unhelpful historical influences. The British reputation – fairly acquired or otherwise – of not always playing it straight. That Brussels “always finds a deal in the end”.

But whereas in continental Europe there is a unity of purpose (because, according to commentators,  “they [the 27] all want the money”, “there is enough common sense”  and “no deal is inconceivable”), in the UK there is a continuing prevalence of “hard exit” language.

But what drives the no-deal Brexiteers? A genuine (if mistaken) faith that life will be better with a hard demarcation, depending on WTO tariffs and trusting that the UK will become a “Singapore on speed”?  Or a belief that “hard” talk is necessary to secure the best deal?

The trouble is that neither approach is tenable. For the very few who will, objectively, benefit from a no-deal Brexit, you can understand unswerving support.

But the difference between talking “hard” and really wanting a no deal outcome will, I suspect, be lost on significant numbers of Brexiteers which in turn will make negotiations even more difficult.

The impact of this on government policy is already obvious. “It covers lack of direction by simply being more robust” said another speaker at that IFG gathering. Or more kindly “the government’s view is so long term it doesn’t accommodate the medium term needs of business”.

Any negotiations, it was generally felt, being somewhat pointless because of the fragility of the Prime Minister.

So we have a situation in which critical attention in Europe has not yet been concentrated on this issue: Spain has Catalonia to deal with, Germany has coalition-building and France reports very little coverage.

They seem as unfocussed on a no-deal Brexit as a real possibility as some in the UK are fixated on the self-same thing. By the time this matter becomes insistent, it may be too late – whatever may or may not be happening in Westminster.

And on our side of the Channel? Weak as the PM’s hold on office is, the Tories’ lust and habit for power is undiminished. Never bet against Conservative “blood” being thicker than political “water”.

That instinct for power together with austerity-induced nationalism is a double whammy that a proto pro-deal majority has to overcome.

Taking the Party’s message out to the country as the Shadow Chancellor and Leader of the Opposition are doing is the best way to build support.

Aided by Owen Jones’s unseat-a-minister efforts, and using the energy of Momentum and other newly active young people, it captures the imagination and engages with people in a way Conservatives have forgotten how to.

The disenfranchised feel they have a voice and a champion – and a way forward.

So, the last thing we do is deny the validity of the Brexit vote. Yes, electoral laws should have made the £350m-a-week-for-the-NHS actionable. Yes, the vote was close(ish).

Those in favour of a second referendum were very evident at TUC and Labour conferences, and there must be scrutiny (up to and including a public vote, perhaps) of the final deal.

Part of any effort to counter the “no deal” rhetoric is to be clear and united in acknowledging that we are leaving. Fudge this and only hard Brexiters benefit from confusion and even hurt or alienation in the collective public mind.

2 Responses to “Could the Commons block a Brexit ‘no deal’ as John McDonnell suggested?”