As food security begins to decline across the world, Britain is entering dangerous territory in trying to leave the single market. 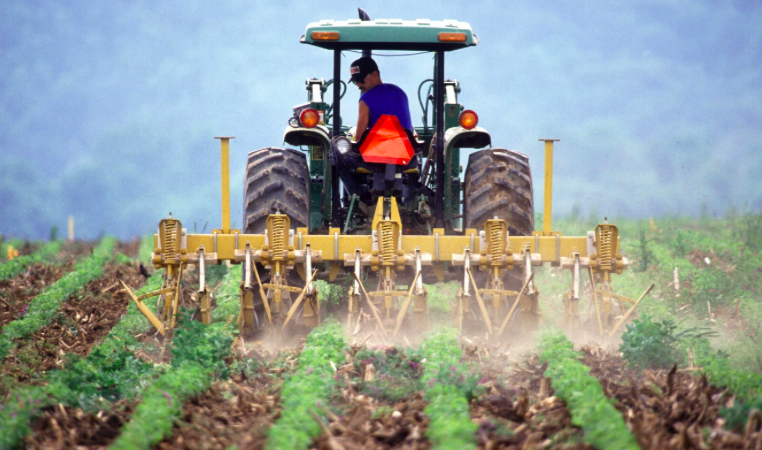 Global food security — its availability, affordability, quality and safety — is beginning to slip for the first time in half a decade. Britain, being far from self sufficient in its food production, is taking a massive risk in quitting the safety of the single market.

In response to concerns about the impact of a no-deal Brexit on food prices and the UK’s food security, Brexiteer Chris Grayling suggested recently that British farmers will just have to grow more food.

Alongside this ‘Dig For Victory’ bravado was the suggestion that we should also increase imports from across the world: two diametrically opposed food and farming policies in one breath.

Such ‘solutions’ come easily if you’ve never had to think deeply about where food comes from; if all it has ever meant is a stroll to the nearest supermarket.

This year’s Global Food Security Index by the Economist Intelligence Unit dispels such cavalier attitudes to food in Britain post-Brexit and warms that leaving the EU poses an extreme risk to the UK’s food security.

The report forecasts that personal incomes will fall by 6% through 2018 while a weaker pound is pushing up import costs; a double whammy, especially since the UK is becoming increasingly reliant on foreign food imports.

The Global Food Security Index follows even grimmer warnings earlier this year when a report by food policy experts warned that under either a hard or soft Brexit scenario, the UK faces serious challenges on food security.

The authors warn of dwindling supplies and erratic prices. They say that ministers and the public have become complacent after decades of consistent food supplies and stable prices for the UK; something greatly helped by our membership of the EU.

The report goes as far as to suggest the scale of the challenge is “unprecedented for an advanced economy outside of wartime”.

The UK produced only 60% of the food it consumed in 2016 and plans to leave the EU at a time when there is greater reliance on imported food than at any time in the past five decades. About one quarter of the country’s food is imported from the EU.

Just this week the chairman of Sainsbury’s said UK consumers face a hefty hike in food prices if Britain leaves the EU without a trade deal. He warned the UK faces an average tariff of 22% on imported foodstuffs if Britain ends up trading with the EU under WTO rules.

As MEP for the South West I can assure Chris Grayling that it will not be so easy for UK farmers to step into the breach.

For one thing, UK farmers have no idea whether they’ll receive any state support once we leave the Common Agricultural Policy (CAP) which, for all its shortcomings, has underpinned our farming sector for 40 years.

Nor do our farmers have any idea about what tariff regimes we may face and, hence, what they might produce that would actually be profitable. Given such uncertainty, they are likely to be producing less not more.

My concerns for farming and the fact I represent a largely rural constituency has led me to investigate whether there can be a silver lining in the largely dark Brexit skies.

I commissioned two reports to explore the opportunities for the UK to move towards an ecologically sustainable farming system post-Brexit. Both reports looked at how we could relocalise food production, encourage biodiversity, improve animal welfare and boost rural economies.

Both reports agreed that post-CAP, investment must be retargeted towards rewarding farmers not landowners and focused on providing funding for advice, training and farmer-led research and innovation.

If all this sounds familiar, perhaps it’s because much of this was echoed in Michael Gove’s speech to Tory Party conference. He has pledged a ‘Green Brexit’, which will focus on “enhancing the environment” and “supporting innovation”.

He also vowed to stop the handouts to rich landowners and introduce a new system of funding for farmers post-Brexit. So are Gove and Greens now speaking with one voice on a future vision for farming?

Sadly not, and Gove’s speech had more to do with attacking the EU than offering anything visionary or indeed concrete for UK farmers.

The Government has promised to match the £3 billion that farmers currently receive in support from CAP, but only until 2022, so beyond that all is uncertainty. Warm words won’t transform farming or provide food security.

And Gove, like his colleague Chris Grayling, is one of the Brexiteers content to walk away from the EU without a deal.

Such a cliff edge scenario would be disastrous for UK agriculture since 70% of the country’s food and agricultural exports go to EU countries. Data shows that those favouring Brexit were largely the poorer and those with a more tenuous attachment to the labour market.

Lured by the false promises of a stronger nation and more power for themselves and their country they were convinced they had nothing to lose.

But warnings about the risks to our country’s food supply give a clear sense of how wrong they are. We may see a transition from foodbank Britain to hungry Britain following a bungled exit from the EU.

One Response to “Brexit poses an ‘extreme risk’ to Britain’s food security. Don’t ignore the warnings”