A union activist explains how their decade-long campaign against zero-hours contracts and low pay was successful. 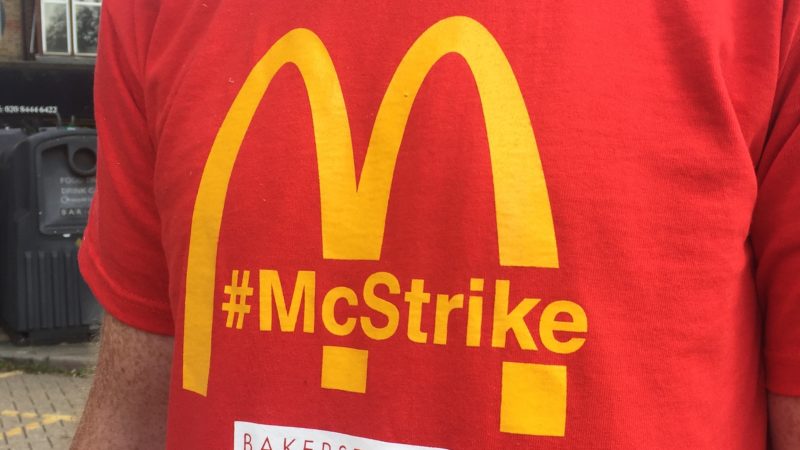 In 2015, after a ten year struggle, workers in New Zealand won major concessions from McDonald’s and other fast food companies. Zero-hour contracts were banned and pay boosted. Union organiser Matt McCarten explains how it was done.

Setting out in 2005, McCarten and other activists established the “supersize my pay” campaign, recruiting low paid workers in fast food restaurants into the union they’d established: Unite (not connected to Unite in the UK). The campaign’s aims were to boost to minimum wage and end zero-hours contracts.

Within six months, they’d recruited around 2,000 workers in McDonald’s, KFC, Pizza Hut and Starbucks. Since 2005, Unite in New Zealand has had over 30,000 workers sign up.

Through a series of strikes and protests over the past decade, the union has achieved pay increases for its members at various restaurant chains. In 2015, after a long battle with the company, McDonald’s in New Zealand announced they’d stop using zero-hours contracts.

McCarten and other activists from Unite in New Zealand, visited to the UK at the weekend to give support and advise the McDonald’s strikers here. He explained how his union won major concessions for fast food workers in his country.

“I met McDonald’s workers and the issues that they have are the same issues we have in New Zealand: no rosters, no breaks, and a minimum wage that had not been increased in nine years. It’s the same challenge.

“McDonald’s has 195,000 workers in the UK and 300 have so far belong to the British Food and Allied Workers’ Union. It will grow but you’re at the beginning of the journey we went on.

“For us in New Zealand, McDonald’s were hard. They were tough. They said to us: we do not recognise and negotiate with unions; unions do not have a role in our company and in the modern world.

“We had dozens of people arrested, workers losing their jobs all over the place, every kind of campaign and counter-campaign.

“In New Zealand, our union was founded when a small group of workers who joined up with a few committed political activists. We had no money, no resources, no support.

“Our mission as political activists was to be at this coalface, where the most vulnerable workers come up against multinational capitalism. That’s where we have to commit ourselves. You go after real power, where it’s affecting working class lives, and fight it.

“We won the dispute with McDonald’s because we won it with the youth and the workers. The day we finalised our negotiations with McDonald’s, the high schools in Aukland went on strike on May Day in support of the struggle and they ran riot across the town.

“School kids and workers were occupying McDonald’s stores. That’s the critical point of getting to: it’s about spreading the message, and getting working people to recognise their own interests and how to fight for them.

“Once the critical point is reached and McDonald’s rolled over, the rest of the fast food industry followed. Their lies about pay and conditions no longer worked: the myth was up. Workers said: I do the same job, why am I paid less.

“Politicians followed. When the movement has been won by workers and the community, the politicians thought: it’s safe to get on board with this now. It’s our responsibility to get the struggle to that point.

“It’s a long, tough journey ahead and you’re at the beginning. But the symbolism of McDonald’s workers winning in Britain will help everybody around the world.”