Ministers are under fire from all conceivable quarters, with a former head of the Civil Service and the leader of the Scottish Conservatives also voicing concerns. 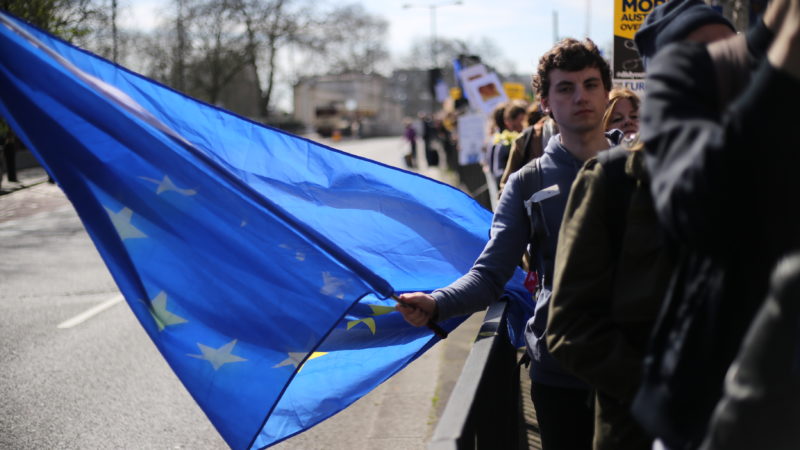 As MPs today prepare to start debating the European Union withdrawal bill, ministers would be forgiven for wanting to reach for hard hats as they face incoming fire this morning from almost all conceivable quarters.

First up is an interim report published by the House of Lords Constitution Committee which warns in fairly stark terms that:

“The executive powers conferred by the Bill are unprecedented and extraordinary and raise fundamental constitutional questions about the separation of powers between Parliament and Government.”

“The multiple uncertainties and ambiguities contained within the Bill”, the report notes “raise fundamental concerns from a rule of law perspective.”

The report’s opening summary concludes that:

“it is a source of considerable regret that the Bill is drafted in a way that renders scrutiny very difficult, and that multiple and fundamental constitutional questions are left unanswered.”

To emphasis the concerns about the power grab by ministers, the committee continues by noting:

“We are concerned about the delegated powers the Government is seeking in the European Union (Withdrawal) Bill.

The number, range and overlapping nature of the broad delegated powers would create what is, in effect, an unprecedented and extraordinary portmanteau of effectively unlimited powers upon which the Government could draw.

They would fundamentally challenge the constitutional balance of powers between Parliament and Government and would represent a significant—and unacceptable—transfer of legal competence.”

With Ministers having also agreed to the devolved bodies having a vote on the bill, the Committee warns of the consequences of Whitehall ignoring any vote in a devolved legislature which votes against the bill. As the Committee notes:

“While the legislative consent of the devolved institutions may not be legally required, as the UK Parliament remains sovereign, the political and constitutional consequences of proceeding with the Bill without consent would be significant and potentially damaging.”

The concerns about the Bill enabling Government to ride roughshod over Parliament have been expressed too by the former Attorney General Dominic Grieve.

In his article for the Evening Standard he warns that the legislation “seeks to confer powers on the Government to carry out Brexit in breach of our constitutional principles, in a manner that no sovereign Parliament should allow.”

Addressing the threats made by some in Whitehall against Conservatives who might be thinking of raising questions about the Bill Grieve concludes:

“Scrutinising detail is not obstructing the referendum result.

The electorate did not vote to ‘take back control’ to see our domestic constitution and liberties vandalised.

If the Government listens on this, we can all work together to effect this major constitutional change properly.”

To add to the assault, speaking last night on Newsnight, the former Head of the Civil Service, Lord Kerslake, debunked the myth that no deal on Brexit would be better than a bad deal. Press on the potential impact of a no deal he responded:

Perhaps most worryingly for the Government however is the extraordinary and outspoken attack by Ruth Davidson, Leader of the Scottish Conservatives and seen by so many as the darling of the party and potentially its saviour.

Speaking to the New Statesman about what worries her about Brexit she said:

“My real fear is that if there’s a short-term economic hit, we don’t bounce back from it.”

With Brexit negotiations with the EU becoming increasingly sticky, Davidson goes on to deride Ministers for their failure to prepare people for how difficult the process would be. She explained:

“I think one of the things the UK government didn’t do that they should have done was pitch-roll this: remind the British public that when it comes to European negotiations – and we’ve had several decades of them – we are told no until five past midnight and then suddenly a deal gets done in the wee small hours of the morning.

I don’t think the country was prepared for this period that we’re currently in.”

As Ministers prepare for the start of what will be a long and difficult period, they would be forgiven for thinking: ‘With friends like these…’