Labour's promise to take back control of key public services should be welcomed -- but it's false to claim that this cannot be done whilst in the EU or single market, writes Green MEP Molly Scott Cato. 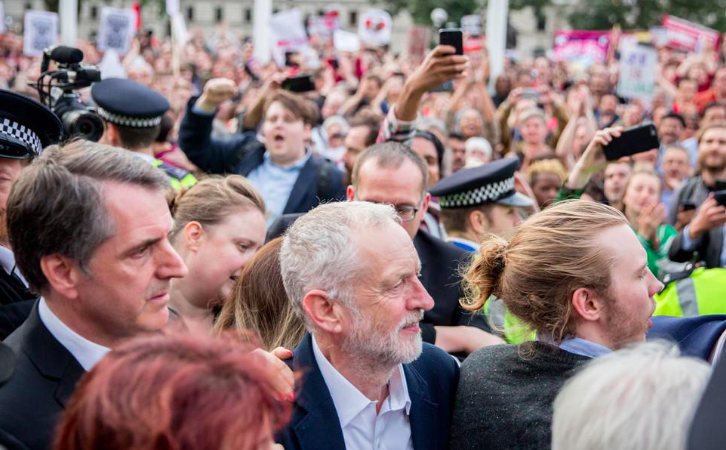 Jeremy Corbyn suggested at the weekend that the Party’s economic programme, and specifically public ownership, could not be delivered while the UK was within the EU or Single Market. Such claims are, to put in bluntly, simply untrue.

They conducted a legal assessment of 26 of Labour’s economic proposals and found that the effect of EU or Single Market membership to be negligible.

In addition, Brexit would not provide an optout from state aid rules anyway, as the World Trade Organisation imposes similar limits on subsidies members can pay to domestic industries.

The authors note the UK would have to more than triple the amount it spends on state aid to even match the proportion of GDP which Germany spends on subsidising its public companies.

And it is worth reminding Labour that French railways and German municipal energy are examples of exactly what Labour wants to do in terms of public ownership.

It is also important to point out that state aid rules help protect states from being bribed into corporate handouts; they fight crony capitalism and make sure competition actually works. So Ireland was found to be unlawful as a tax stooge for Apple precisely thanks to EU state aid rules.

John McDonnel’s speech, reiterating Labour’s commitment to public ownership, came hot on the heels of a heated conference debate on Brexit. Or rather on whether conference would debate Brexit, the dominant political issue of the day.

This non-debate revealed the true extent of the splits inside the Party, with some calling for Labour to openly oppose Brexit altogether, while others condemned a Stop Brexit rally outside the conference centre as an attempt to undermine Jeremy Corbyn’s leadership.

It is clear that the ‘Lexit’ wing of the Party, which includes many members of Momentum and which best represents Corbyn’s own longstanding position on Brexit, now steers Labour’s strategy.

Many in the Party can see the economic disaster that will unfold, which is why Corbyn faced calls at the weekend from more than 30 Labour MPs, MEPs, peers, trade union leaders and mayors to commit to full and permanent membership of the Single Market and customs union.

This has been echoed by London’s mayor, Sadiq Khan, who has called for the UK to stay in the Single Market after the two-year transition period. Yet despite all this, there will be no vote on Brexit or on future membership of the Single Market at conference.

It is also clear that the last Labour manifesto’s position on Brexit was based on a false premise. Corbyn believed, or wanted to believe, that the Party’s economic programme was not going to be possible inside the EU or Single Market.

This will leave the hundreds of thousands of people who voted Labour in the belief that the Party was the Party of soft Brexit – or even no Brexit – deeply dismayed. It also places Corbyn increasingly at odds with the vast majority on Labour members.

A recent poll found that 66 per cent of Labour members believe the UK should “definitely” remain in the Single Market, with a further 21 per cent more favourable than not.

Theresa May’s government is leading us towards a nightmare Brexit scenario. But through their consistent failure to oppose the Tories extreme path, Labour are now the real block to a soft Brexit, or to stopping Brexit altogether – something recent polls suggest is an increasingly popular position.

Greens stand united against the Tories hard Brexit plans. We want the UK to remain in the Single Market and customs union in perpetuity and, crucially, will robustly defend freedom of movement.

We will also remain committed to public ownership and taking back control of our vital public services from giant corporations. Particularly as we know that we can do so confidently as members of the EU and the Single Market.

11 Responses to “The Labour leadership are wrong. Renationalisation can happen whilst remaining in the EU”