The list has been released following a question in Parliament by Caroline Lucas. 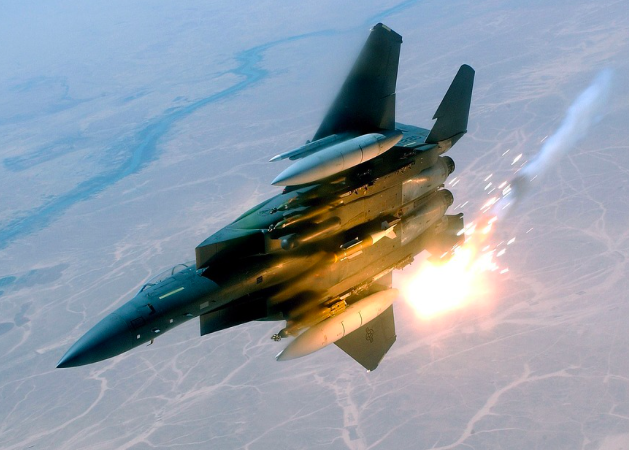 Repressive and human rights abusing governments will send delegates to London this week to buy and sell weapons — invited by the UK government, it’s been revealed.

The Defence and Security Equipment International Exhibition (DSEI), taking place in London this week, bills itself as the world’s biggest arms fair.

The conference at the ExCeL centre in east London will see governments from around the world meeting with British and international arms manufacturers to buy weapons.

Now it’s been revealed that of the 56 countries invited, many include regimes with appalling records on human rights abuses, such as: Saudi Arabia, Qatar, Turkey, the United Arab Emirates, Bahrain and Kuwait.

Andrew Smith of Campaign Against Arms Trade said of the regimes attending: “This list includes a roll call of despots, dictatorships and human rights abusers.”

“They will be greeted by civil servants and Government Ministers who are there for one reason only: to promote weapons. It’s impossible to promote human rights and democracy while arming and supporting authoritarian regimes and tyrants.”

The list of names was released by the government following a question in Parliament from Green MP Caroline Lucas last week.

Of the countries attending, Saudi Arabia is one of the main buyers of British arms. Since 2015 alone, the country has bought nearly £4bn worth of military equipment from Britain.

Saudi Arabian forces have committed war crimes whilst fighting in Yemen and the regime regularly uses torture against its own citizens, Amnesty reports.

It was revealed in 2013 that equipment used in torture — such as leg irons and electric batons — was being advertised and sold at the fair.

Another key buyer of British arms is the government of Bahrain, a country where mass anti-government protests five years ago were put down with deadly force with arms purchased from Britain and other countries.

Bahrain’s repressive response to the protests left nearly a hundred dead and 3,000 wounded. A further 3,000 people were arrested and, it’s estimated, 1,800 of these were then tortured.

“DSEI is a dark stain on our country’s already tarnished reputation. It’s time that this festival of violence was shut down for good – and for the UK to engage in peacebuilding rather than trying to cement itself as the world’s weapons dealer.”

Britain has a dark history of arming repressive regimes around the world. The entire basis of the British arms industry must be challenged if we’re to take ourselves seriously as a progressive nation.

One Response to “Revealed: the repressive regimes attending the world’s largest arms fair in London this week”