There's a lazy view amongst Brexiteers that Angela Merkel will unofficially lead and iron out negotiations between Britain and the EU. But this is a political fantasy. 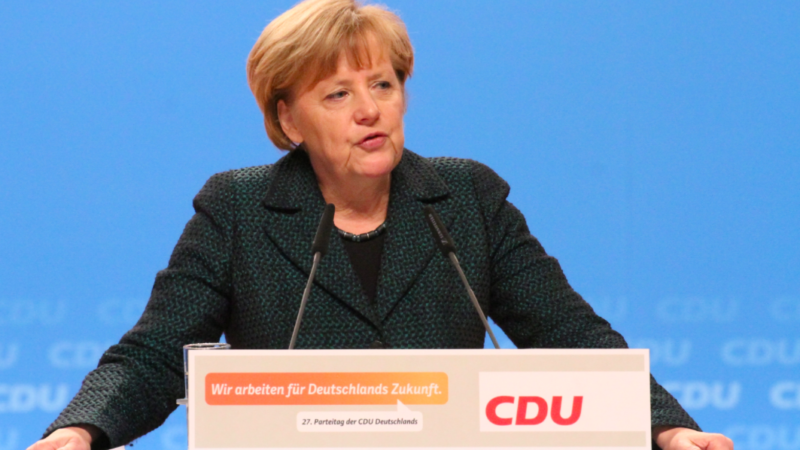 “We all know that what Germany wants, Germany will get” declared Iain Duncan Smith earlier this month on Newsnight, arguing a new Merkel-led government that would take the unofficial lead on striking a Brexit deal.

However, as the dust settles on this weekend’s dramatic election, it is clear that the hard line taken by many politicians on Brexit was not merely political posturing.

Martin Schulz, leader of the SPD (Social Democratic Party) declared just hours after the close of polling that the incoming government “must not cede any more ground to Britain” in the Brexit negotiations.

Schulz also said Germany should not support the two-year transition period called for by Theresa May. He went on:

“Theresa May is gambling in these talks in an attempt to strengthen her domestic political position. We cannot give ground. The EU is a community of law and it has certain rules that must be observed.”

The SPD leader’s comments are a also useful summary of where the liberal FDP (Free Democratic Party) and Green Parties, the most likely coalition partners for Merkel in the next Government, are in respect of Brexit.

Prior to the election, Michael Theurer, a senior FDP politician and now a strong candidate to become Germany’s next Minister for the Economy warned that Britain should not expect any favours if Merkel were to be re-elected.

What is more, a CDU/CSU, FDP and Green coalition has the potential to provide fuel to the continued calls by some for a second independence referendum in Scotland and by Sinn Fein for a border poll in Northern Ireland.

Both the Greens and FDP having called for the door to be left open for an independent Scotland and a united Ireland to remain in the EU.

The FDP recently called for the negotiations over Brexit “to consider the interests of Scotland and Northern Ireland fairly”. It continued: “Should they decide to leave the U.K., the door to the EU should remain open — as it should to the U.K.”

Likewise, the Greens stated in its manifesto: “We welcome openly and with understanding the wishes of the Scots and Northern Irish, as well as the many people in the U.K. who want to remain in the EU. We make clear that our door remains open.”

And what of those calls by both Theresa May and Jeremy Corbyn for free, frictionless trade with the EU without the perceived downsides of membership of the Single Market?

Well, they can forget it. As Hans Kundnani of the German Marshall Fund thinktank has noted, both the FDP and the Greens in Germany “share the view that the EU must be held together, and that to do so … the UK cannot enjoy the benefits of the single market without the costs”.

What is crystal clear is that the cabinet in Whitehall and the Labour Party can debate and argue about what kind of Brexit the country needs until they are blue in the face, but it may make no difference.

Try as David Davis and his team might, Berlin, Paris and Brussels will simply say no to any negotiating line that gives the UK free trade without the difficult bits of the Single Market.

Ed Jacobs is a contributing editor to Left Foot Forward. He tweets here.