Tech companies increasingly have monopolies over our online lives. It's time for all of us to own them. 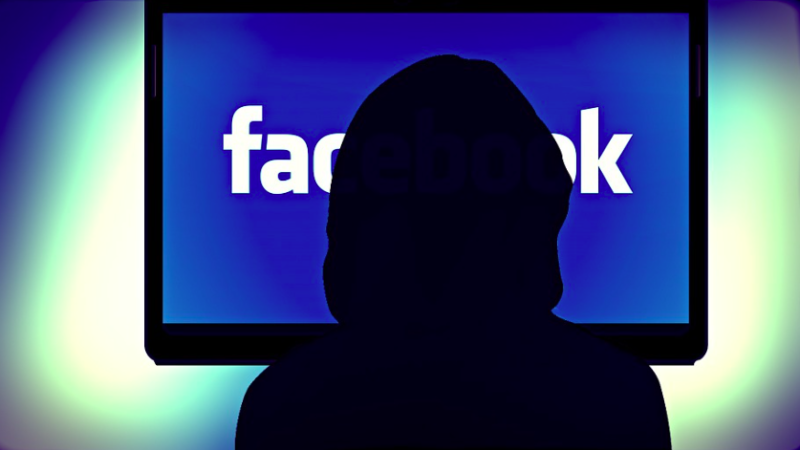 Cat Hobbs, founder of We Own It, makes the case for a Facebook cooperatively owned by everyone.

Just like the railways, Facebook is a private monopoly running a public service. We, the public, don’t have real competition and consumer choice, but we don’t have a democratic say as citizens either.

Author Jonathan Taplin points out that Google has an 88% market share in search advertising, Facebook (and subsidiaries Instagram, WhatsApp and Messenger) owns 77% of mobile social traffic and Amazon has a 74% share in the e-book market.

Economic theory – and real life experience – suggests monopolies need to be regulated, if not brought into public ownership. Here are five reasons why all of us should own Facebook.

Nick Srnicek argued recently in the Guardian that Google, Amazon and Facebook are ‘platform monopolies’ and suggested they should be nationalised. He explains that reaching a critical mass of users is key to the success of these businesses, and it’s why they’re so entrenched.

He’s right. But if you’re shouting “I don’t want Theresa May getting hold of my Facebook data”, we agree!

The solutions we need here are surely international, not national. And these companies have powerful data about private individuals – we should be wary about how governments could use this, especially in dangerous political situations.

We believe in a broad definition of public ownership. It can be local, regional, national or international. And it can involve different models like cooperatives and community ownership – as long as profits are reinvested and there is democratic control.

But what’s the problem anyway? Those clever people at Facebook and Google know exactly what we want, don’t they? And they’re delivering? Not really..

2. Tech companies profit when you’re addicted to the internet

If you’ve ever felt addicted to the internet, you’re not alone. We’re all endlessly scrolling through Facebook, messaging on Whatsapp or watching the next YouTube video.

We are the product here. Tech companies make money by advertising to us. So the more time we spend online, the better. These companies are in a race for our attention, and they’re using their smartest designers in Silicon Valley to take as much of it as they can.

They know that we get a shot of dopamine every time we see a notification. Those notifications make the internet addictive. Unpredictable but often rewarding – just like gambling in a slot machine, but easier to access.

If we don’t do something about it, the battle for your attention will only get more brutal.

3. We could have technology that prioritises human beings, instead

Time Well Spent is a new movement which calls for better tech design. Its founder, Tristan Harris, explains the manipulative tricks that tech companies use to hijack our attention. He says designers could instead be tweaking technology on a large scale to make us less distracted online.

This could involve creating a new metric for measuring success on the internet which helps us live the lives we want. Couchsurfer is leading the way on this – it measures success by clocking up good time spent with new friends, and subtracting time spent online, counting it as a cost.

Perhaps there’s a way of creating another metric that would work against fake news and for useful, authentic news sources?

Professor Philip Howard argues that ‘Facebook is now public infrastructure and should be treated as such’. He believes the platform could help us solve social problems using big data. Public health, national security and democracy could all potentially benefit.

Social media – and the internet in general – creates an exciting marketplace of ideas that could help us all. But the barriers to entry are getting higher and higher.

When We Own It started up in 2013, there was much more ‘organic reach’ on Facebook (a good response to a post meant it would reach a bigger audience). Now, it’s increasingly a place where organisations must pay to connect with their supporters and reach new ones.

5. We need communities, not corporations, to decide how online spaces work

The internet itself is a public space and so are social media. Facebook and Twitter are places where people share information, explore new ideas, promote products and coordinate political activity. They’re not going away anytime soon – and we wouldn’t want them to.

But right now, they are places where the rules are set and enforced by unaccountable corporations. For example, Facebook decides on the range of ‘reactions’ we can give (creating profitable data about our emotional states). It can decide what content will be censored, with no reference to us.

Facebook is not a democratic, online public space – but it could be. It could even help to create more accountability for global decision making – or provide a place to re-engage people in local decisions. We could rename it ‘Placebook’.

Maybe, but how on earth do we do this?

The first option is to create an alternative platform. Social media’s power and attraction comes from its ‘network benefits’ – why switch platform if your friends are still on Facebook? A switch would need to be a coordinated, well promoted global effort to have a chance of success.

Another way forward would be buying out the existing social networks. This would be a huge challenge, financially and politically. There is a glimmer of hope however – there’s currently a project for Twitter users to buy out Twitter, creating a community owned resource.

There are no easy answers, but ultimately it’s up to us to make this happen. Technology offers us so much – we need a real say over how it develops.