As Kezia Dugdale stands down, we look at who's in the running to become the party's fifth leader in six years. 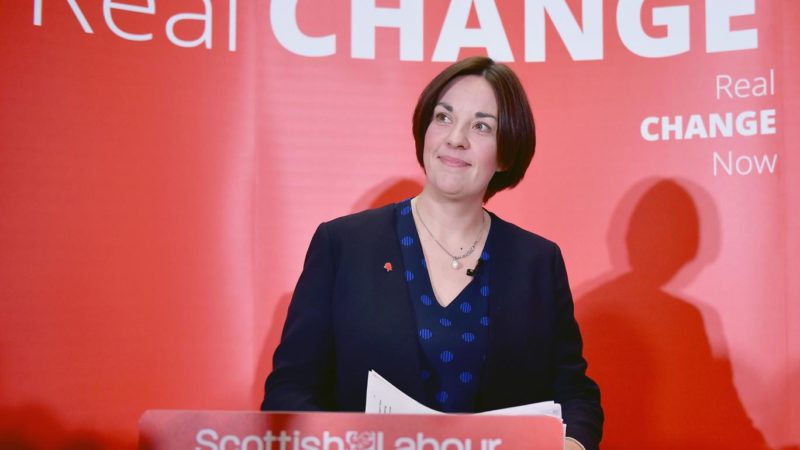 Kezia Dugdale’s decision to stand down as leader of the Scottish Labour Party – with immediate effect – means the party is seeking its fifth leader in only six years.

Whoever takes the reigns of Scottish Labour does so at a fragile time for the party.

Dugdale won the leadership of the party in 2015 in the wake of a disastrous general election performance, which saw Labour lose all but one of its seats following the SNP’s landslide. It was, to many, seen as punishment for a perceived closeness between Labour and the Tories in the campaign to keep Scotland within the UK. By 2016, Labour saw itself relegated to third party status at Holyrood as the Scottish Conservatives become the official opposition.

But Scotland’s vote in favour of remaining in the EU, coupled with its less-than-enthusiastic response to the SNP’s call for a second independence referendum has provided cause for optimism, with Scottish Labour winning seven seats in the House of Commons.

So who are the runners and riders?

On the left of the party there is the party’s Deputy Leader in Scotland, Alex Rowly. He is now the party’s Interim Leader.

Rowly was quick to call for Jim Murphy’s resignation as leader following the 2015 General Election, declaring that the party needed “a fundamental change in direction and strategy.” He is also close of Gordon Brown, having previously worked as an assistant for him. As well as being a supporter of Jeremy Corbyn, he has called for a federal UK.

Neil Findley, an MSP for the Lothian region, stood against Jim Murphy for the leadership in 2014, after his preferred option at the time, Gordon Brown, ruled himself out of the running. Having led Jeremy Corbyn’s leadership campaign in Scotland, he has used a book to describe Murphy as an “insincere” Blairite who would “brief and undermine colleagues” to further his ambitions. At this stage, Findlay as indicated that he has no plans to stand for the leadership – yet.

Richard Leonard, an MSP for Central Scotland is also being touted as a potential candidate from the left.  Only elected in 2016, he has worked for the GMB Union and was last year identified as one of those on the left standing in the Scottish Parliamentary elections by the Morning Star.

Another name is Anas Sawar, the party’s current health spokesperson at Holyrood. He served as Deputy Johann Lamont whilst he was an MP in Westminster, taking on the acting leader’s role during the 2014 leadership contest, and has also served as Vice Chair of Progress – something which might come up as an issue among a more left-wing membership.

The Executive Committee of the Scottish Labour Party will meet next weekend, on Saturday 9 September, to agree the timetable and process for a leadership election. Expect more coverage on Left Foot Forward of those in the running.