The watchdog is currently only interested in attacks on individuals and does not usually look into complaints regarding the treatment of specific groups. 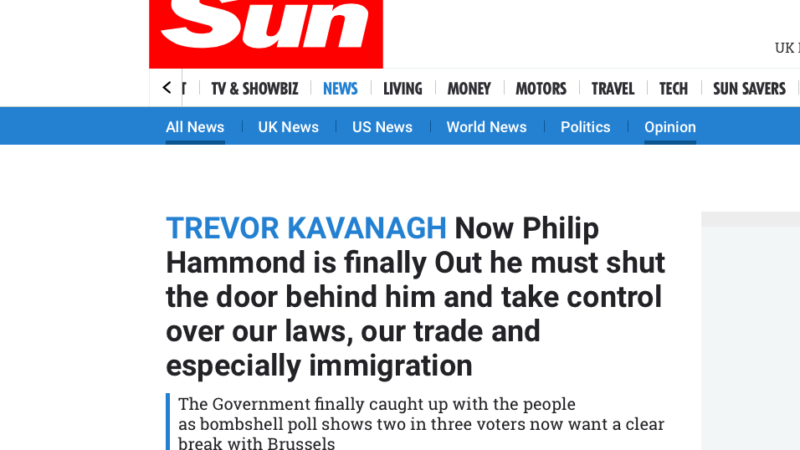 The National Union of Journalists (NUJ) has called on press regulator IPSO to immediately investigate Islamophobia and racism in the media.

It comes after Left Foot Forward revealed 230 complaints (and rising) had been to the media watchdog about an article by the Sun’s former political editor Trevor Kavanagh, which referred to ‘The Muslim Problem’.

Over 100 MPs, led by Labour’s Naz Shah, wrote to the Sun’s editor Tony Gallagher, calling Kavanagh’s language ‘Nazi-like’ after he used his regular column in the rightwing tabloid to describe an…

“unspoken fear, gagged by political correctness, which links Britain and the rest of Europe. The common denominator, almost unsayable until last week’s furore over Pakistani sex gangs, is Islam.”

“Kavanagh is using the actions of a small group of individuals to place blame on a whole religion of 1.8 billion people.

“IPSO should launch an immediate investigation into the prevalence of Islamophobia, racism and hatred espoused in the press. IPSO claim to be set apart from their predecessor, the Press Complaints Commission, because they can run investigations and do monitoring – now is the time to prove it.”

So far, the Sun has responded to criticism by quietly decapitalising ‘the muslim problem’ in the original article — presumably to make it slightly less similar to Holocaust-era Nazi propaganda — and publishing a piece by Kavanagh in which he claims to have been victim of a “concoted explosion of Labour and Islamic hysteria”.

Meanwhile Labour shadow equalities minister Sarah Champion has been forced to quit the party’s front bench over an article she wrote for the paper, which was referenced in Kavanagh’s piece.

The Rotherham MP wrote in the Sun on Friday that “Britain has a problem with British Pakistani men raping and exploiting white girls”. She has now apologised for her “extremely poor choice of words” and stepped down from her post.

Yesterday, we raised concerns about IPSO’s ability to investigate Kavanagh’s article with impartiality, after discovering the Sun journalist sits on the board of the ‘independent’ press regulator.

We were told by the watchdog: “Complaints are dealt with by our Complaints Committee…The Board do not judge on complaints.”

This did not allay our concerns that the Complaints Committee would be reluctant to chastise their organisational superior.

But according to the NUJ, the matter should be clear cut. Kavanagh’s article breaches the union’s code of conduct for journalists, which states:

“A journalist produces no material likely to lead to hatred or discrimination on the grounds of a person’s age, gender, race, colour, creed, legal status, disability, marital status, or sexual orientation.”

However the IPSO editors’ code of practice only says:

“The press must avoid prejudicial or pejorative reference to an individual’s, race, colour, religion, sex, gender identity, sexual orientation or to any physical or mental illness or disability.”

“Details of an individual’s race, colour, religion, gender identity, sexual orientation, physical or mental illness or disability must be avoided unless genuinely relevant to the story.”

This means the press regulator is limited to accepting complaints regarding comments made about a person, it does not usually investigate how entire ethnic or religious groups are represented in the media.

The NUJ has previously campaigned for the watchdog to change this.