With Brexit negotiations ramping up, how much longer can the UK government ignore the nations of the UK? 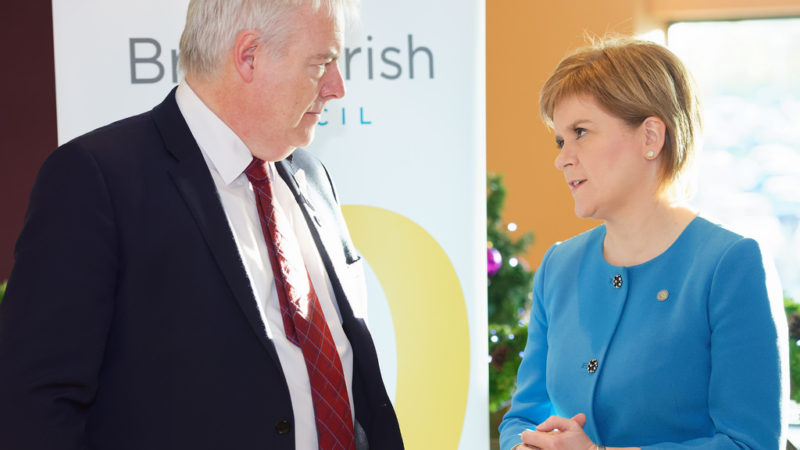 The First Ministers of Scotland and Wales are demanding the Conservatives listen to the nations of the UK on the EU Withdrawal Bill.

Nicola Sturgeon and Carwyn Jones met in Edinburgh this week to consider how best to respond to the UK Government’s ongoing Brexit strategy and activity.

In a statement issued following the meeting the First Minister confirmed the following:

“It will now be for the UK Government to respond positively to our suggested amendments to move negotiations forward, and ensure there is a functioning legal system on withdrawal from the EU, and agreed UK structures – where these are required – that reflect the views and interests of all parts of the UK, and respect devolved powers and responsibilities.”

It’s no wonder First Ministers are angry: Theresa May has refused to convene the key body that brings together the nations of the UK to discuss Brexit – the Joint Ministerial Committee – for over six months. With Brexit negotiations ramping up, how much longer can the Tories ignore the nations of the UK?

Given that Scotland and Wales are understandably threatening to refuse ‘legislative consent’ to major issues around Britain’s departure, the answer may be ‘not long’…

Ed Jacobs is a Contributing Editor for Left Foot Forward

2 Responses to “First Ministers: Tories must listen to Wales and Scotland on Brexit”