A recent book on the scandal that is our private rented sector raises some big questions after the Grenfell disaster. 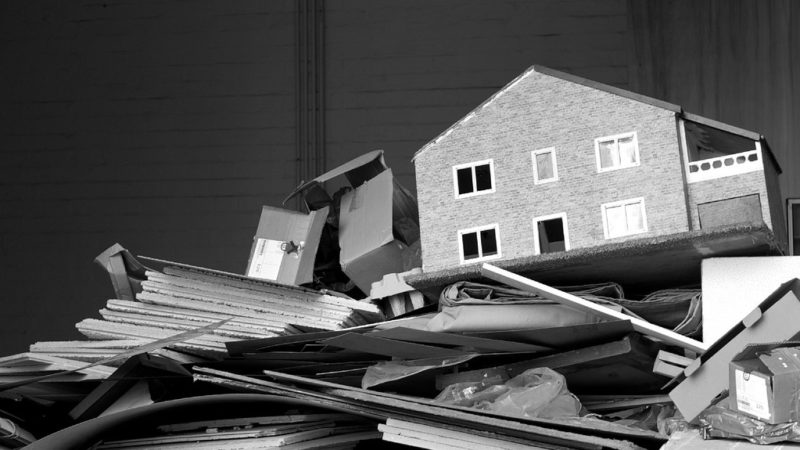 Whether its actively encouraging a housing bubble, or failing to tackle the housing shortage, government policy is at the centre of the chaos in the private rented sector – from extortionate rents to the immiseration of tenants.

The problem of poor quality housing is back at the top of the political agenda. Events like the Grenfell Tower disaster – and the subsequent discovery of empty mansions in the same constituency – have hit on a nerve which the political elite has felt a need to respond to, finally. The Prime Minister, Leader of the Opposition and the Mayor of London all visited the burnt-out tower.

Whatever long term, sustainable, lasting actions they take remain to be seen. But we do know where we stand now.

Things have got so bad that Vice News has a regular London Rental Opportunity Of The Week column, where writer Joel Golby lampoons the capital’s private market – the latest highlighting an ‘adult bunk bed’ for rent in Hackney. The availability of decent shelter has become so poor that satire and reality are blending, much like American politics or the state of Brexit negotiations.

In the first decades of the 20th century, a rapidly urbanised population had been forced to live in slums, primarily consisting of terrace housing. Yet in the inter-war and post-war era, slums were cleared and social housing was rolled out on a massive, ambitious scale. Conservative and Labour governments competed to see who could build more homes.

Then Thatcherism happened. The middle classes became second homeowners and their children became live-in landlords. The private rented sector was deregulated and investment in housebuilding and social rented accommodation stalled. But something which stands out in The Rent Trap is the massive blind spot which is the changed relationship between tenants and landlords.

Some will never meet their landlord or even exchange basic communications like an email. Instead, they will be managed by a letting agency. Or on the other side of the equation, the landlord might be a friend. In that context, friendly relationship can turn into a transactional one, increasingly devoid of compassion, and frankly lacking a moral compass.

Rents are charged by accidental landlords, and lettings agencies alike, at sky high rates which have next to no relationship with the level of earnings. The book points out that us in the UK appear to have forgotten that our European and American neighbours enjoy things like rent controls and laws protecting tenants from no-fault evictions.

The narrative has been totally captured by a laissez-faire consensus, aggressively promoted in the corridors of power by the sometimes professional, sometimes extremely amateurish, but generally well-funded landlord lobby.

The Rent Trap will leave you raging at the state of society: how we’ve so casually walked into a situation where we view each other and our homes as revenue producing capital and assets.

It provokes a lot of emotional responses, from tears at the utter tragedies unfolding all around us with people left to become vulnerably housed, or hidden homeless, or rough sleeping. To shaking with anger at how normalised it has become to just accept utterly toxic market rates as how things should be.

The evidence is there for all to see: the market doesn’t work when it comes to housing. Because not only did liberalisation lead to the 2008 financial crisis, it led to the housing bubble, to Grenfell, and to chronic housing shortages – whilst those with money are left able to accumulate more wealth than ever.

And it is primarily millennials who are bearing the brunt: under mountains of student debt, and with disposable incomes disappearing into endless unsecured tenancies in the private rented sector.

The country’s 11 million private renters are crying out for no-fault evictions to end, for rent controls – and for homes fit to live in.

Everyone should read this book, and I’m looking at you Theresa May. But of course, she has no excuse for not knowing about this already – her chief of staff is the former Housing Minister. He already knows all about this. And now we do too. It’s time to act.

You can buy The Rent Trap, published by Pluto books and written by Samir Jeraj and Rosie Walker, here.