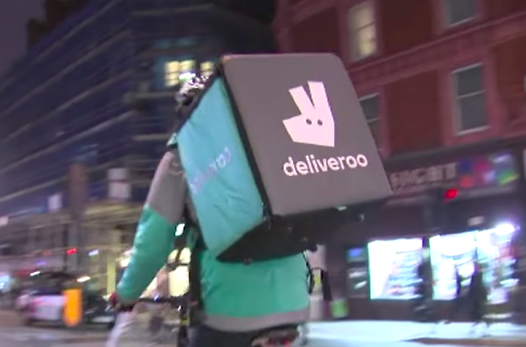 Theresa May promised Matthew Taylor’s report into precarity in work would “go right to the heart of our values as a people”, instead we’re left with solutions that only skim the surface of the problem.

Len McClusky, leader of Unite, said the review “has spectacularly failed [to tackle] the scourge of insecure working in this country”. The review does not recommend banning zero-hour contracts nor scrap employment tribunal fees, both demands of the unions.

Business groups are clearly rattled by the review for the opposite reasons.

Neil Carberry of the CBI employers’ lobby said businesses would be ‘deeply concerned’ by the review’s recommendation to give temporary, agency staff the same pay and rights as permanent employees – this, obviously is a step in the right direction though.

The review, we were promised, would look at the working lives of those in these precarious self-employed jobs; if, how and why they’re being exploited by employers; and how the government can step in to make improvements.

The sincerity of this aim was perhaps brought into question by the make-up of the review panel.

We found out yesterday that one member of the four person panel was a Deliveroo investor. Greg Marsh, an entrepreneur, invested “less than £10,000” in the start-up in 2014. Though he said this was fully disclosed and he sold the shares in January, it still raises questions about the impartiality of the panel.

Why, for example, wasn’t there a Deliveroo worker – or any precarious worker – on the panel? Surely their experiences are more important if the question is truly about improving people’s working lives?

We need a worker-led review to look at these questions.

Such a review would not, I’d predict, recommend banning zero-hour contracts though, nor would it lobby for one-job-for-life employment for all. That’s not the world we live in anymore – and the future can be far more exciting.

We need to recognise that part-time, non-traditional work will continue to grow massively into the future (the gig economy has grown by 70 per cent since 2010) – whilst at the same time recognise this does not mean this work has to be low paid or precarious.

As Jonan Boto argues in the Financial Times today, workers want genuine choice – not, to use the hackneyed phrase, ‘flexibility’ – about what type of jobs they have (full-time, part-time, or completely flexible) whilst at the same having employment rights and security.

Many argue traditional employment will decline further in the future as more and more jobs are lost to automation and AI; we should be prepared for this.

As fewer and fewer people work, the solution is to build a larger and more robust welfare system to re-distribute wealth created – not, as the economist David Graeber writes, create ‘bullshit’ jobs ‘just for the sake of keeping us all working’.

In addition to modernising our welfare system to cover this sea-change in working – we need a Taylor-style review led by workers themselves, which will truly look at how to future-proof working lives and practices, ensuring decent and fair living standards.

Let’s get serious about sorting out the gig economy. Flexibility doesn’t have to be a dirty word, but it should be much more on workers’ terms. This review was a missed opportunity to include those workers themselves. We can do better than that – and given the pace of change, we need to.