Despite what May says, academics have found no deal would be the worst of all worlds. 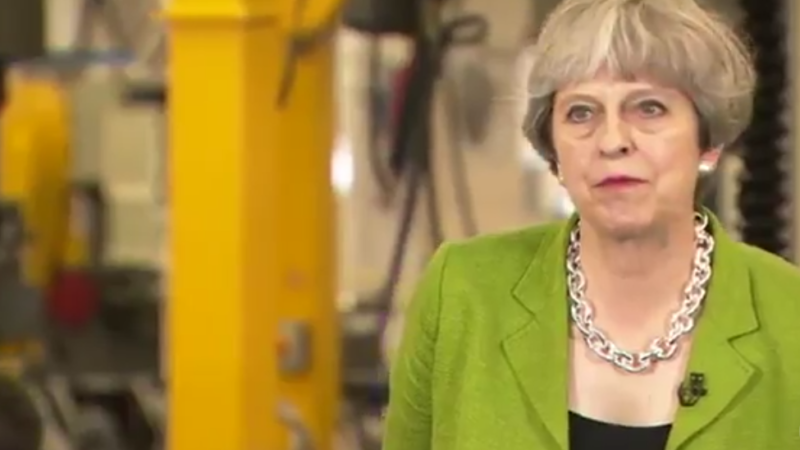 The cost of a ‘no deal’  Brexit will be “widespread, damaging and pervasive”, academics have found.

Prime Minister Theresa May said repeatedly on the campaign trail at the last election that “no deal would be better than a bad deal”. A new report has shown this isn’t the case.

Academics at King’s College London have found that the economic impact of no deal would most likely include:

The report looks at the consequences of the UK being unable to come to a deal over Article 50 or find a trade agreement with the EU. This is what’s called a ‘chaotic Brexit’

A chaotic Brexit could have seriously political and economic consequences for Northern Ireland, the report found. It’s authors say a ‘chaotic Brexit’ could also mean the country’s nuclear plants being unable able to operate; UK airlines might not be to fly; and UK citizens in the EU and EU citizens in here would find themselves “in legal limbo”.

These finding come from a new report ‘Cost of no deal’ by The UK in a Changing Europe – a project funded by the Economic and Social Research Council, based at King’s College London.

Professor Anand Menon, director of the project, offered an ominous warning as to what no deal would mean for the UK:

“Our findings show a chaotic Brexit would, at least in the short term, spawn a political mess, a legal morass and an economic disaster. This report makes it clear ‘no deal’ is an outcome the British government must strive to avoid.”

“’No deal’ doesn’t mean the country would come to a stop. But even under relatively benign conditions and with time to prepare, the impacts would be widespread, damaging and pervasive.”

The UK might end up with a chaotic Brexit, the report claims, through either premature exiting, if talks break down, or a ‘timed out Brexit’, where talks don’t break down but no agreement is reached in the two year period and no extension is allowed to continue talks.

Academics from King’s College London have also said a chaotic Brexit could result in weaker environmental protections, the disruption of cross-border supply checks, problems in the legal world, and drugs developed in the UK might not be approved in EU member states. They have also suggested clinical trials might be disrupted.