A positive result for Unison tomorrow would open a new chapter in the Court’s willingness to limit the powers of the government. 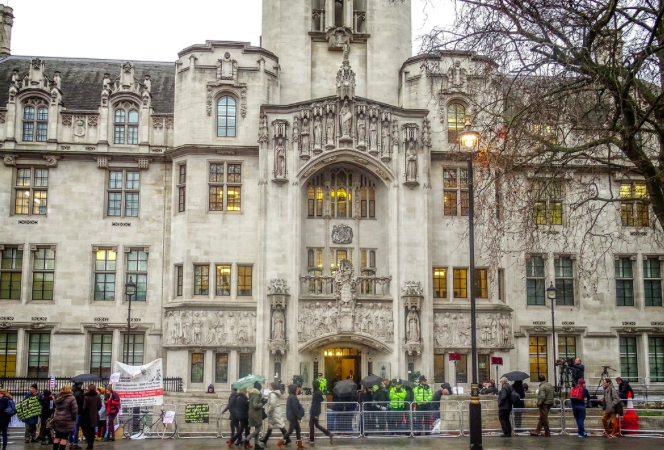 If Unison’s challenge over the legality of the Employment Tribunal (ET) fee system succeeds tomorrow morning, it will be one of the most dramatic judicial interventions in government policy in the history of employment law.

Unison’s key argument before the Supreme Court has been that under common law a Minister will not disproportionately restrict access to justice without the explicit authority of an Act of Parliament.

The Government does not seem to dispute that general principle. So, the argument has come down to what ‘restricting access to justice’ actually means.

What’s caught the attention of the Court in regards to ‘restricting access to justice’ is the irrationality of paying a hefty ET fee to pursue a very small claim.

The Tribunal system was designed for small claims. Unlawful deductions from wages, for example, may concern very small sums of money that are nevertheless vital to those who have not been paid what is owed them by their employer.

But to take a Tribunal case to a full hearing on that issue, the claimant has to fork out £390.

It is irrational to spend £390 in the hope of recovering £100 in unpaid wages. The fee system, Unison say, has denied thousands of individuals access to justice by effectively rendering the pursuit of their claims pointless.

The other main plank of Unison’s case is discrimination. It seems to be accepted that women are disproportionately affected by the higher fees applicable in ‘Type B’ claims (which include sex discrimination).

There has been a notable lack of thought going into setting the level of the fees, assessing their impact or in setting the criteria that would determine whether an individual qualified for remission.

There are however grounds to be highly critical of the way in which fees were introduced and the effect that they have had – and yet still deciding that the Government acted lawfully in introducing them.

But it is just possible that the Supreme Court is prepared to do something dramatic and rule that a major government policy is illegal.

The Court has already shown that it is prepared to put the cat among the pigeons when it comes to developing our constitutional law – think of Article 50.

A positive result for Unison would open a new chapter in the Court’s willingness to limit the powers of the executive – while it would also assert the sovereignty of Parliament as expressed in Acts of Parliament as against the power of ministers to shape the law.

In sum, it would be a very big deal and – bearing in mind the extent to which the Brexit process is likely to rely on ministers introducing secondary legislation, would have ramifications well beyond employment law.

You can watch the judgment being given on Supreme Court Live at 9.45 tomorrow morning.

This is an excerpt from Darren Newman’s blog post – the full version can be read here. Darren is an expert on employment law and tweets here.

4 Responses to “Is the Supreme Court about to rule Tribunal fees are illegal?”