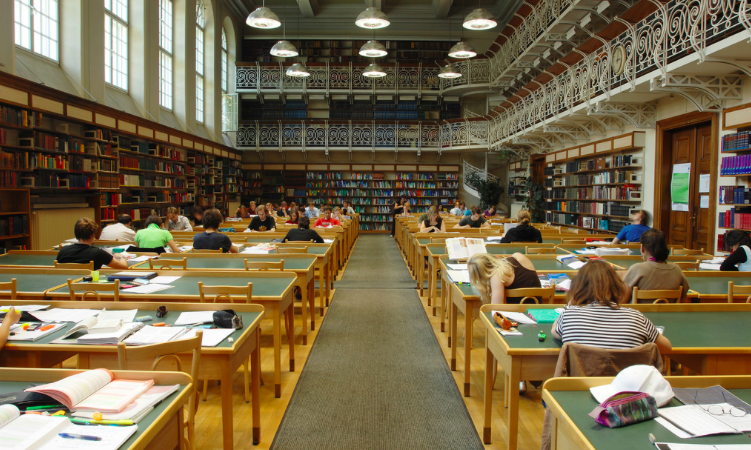 The news today that university applications have dropped 4 per cent is the logical outcome of a marketised education system that saddles poorer students with more debt. We need to end the system now.

The drop in applications by 25,000 should be a wake up call to anyone who still thinks tuition fees are in any way progressive.

Applications from groups traditionally underrepresented in higher education are down the most. For Black and Minority Ethnic (BME) applicants, the figures are stark: there’s been a 9 per cent drop.

Add to this the fact that nursing applications are down 19 per cent, and it looks like tuition fees are jeopardising our public services as well.

Here’s why we need to abolish tuition fees and reinstate bursaries and student support before the regressive effects of marketisation take full effect.

Blocking people who are normally underrepresented in higher education from accessing it, via financial constraints, is the work of a highly regressive state.

It shouldn’t need to be said, but if we want to live in a fair society, free education, and broadening access to it, should be our top priority.

2. Fees and interest payments are rising and the sky’s the limit

Tuition fees have increased by £250 to £9,250 this year, following inflation, and they’ll continue rising as inflation picks up. The interest rates for student debt will rise from 4.6 per cent to 6.1 per cent.

That means for the average university student now – who has about £40,000 in debt – the interest payment being added to their loan each year will be a whopping £2,500.

Looking further ahead, there have been repeated calls in recent years from university leaders that the cap on tuition fees should be scrapped completely to allow ‘free competition’ between universities.

3. Tuition fees are fuelling a debt crisis in universities

Following the US system, UK universities, pushed to ‘compete’ with one another, are increasingly taking on hundreds of millions of pounds of debt with the view to use future tuition fee income to repay it.

4. The government is selling off loan debt to private companies

£4bn worth of student debt will be sold off to private investors, the government announced in February. As student debt is financialised, and used as a profit making product, it will be all too tempting for the government to impose new, stricter repayment rules on students, to maximise profit for investors.

5. The original architect of the fees system is saying it should be scrapped

Andrew Adonis, widely seen as the creator of tuition fees under Tony Blair, said last week that £50,000+ debts for students are simply untenable and tuition fees might have to be scrapped completely.

Even more telling is the news today that one in three university vice-chancellors back a complete scrap in tuition fees; quite an about-turn from their 2010 position when they were lobbying to raise the fees.

We’re running out of time before the regressive effects of the marketised system truly take hold. The architects and promoters of tuition fees need to take a step back, take a collective deep breath and admit they got it wrong.

Oscar Webb is a reporter at Left Foot Forward. He tweets here.

5 Responses to “Five reasons we need to abolish tuition fees”