Labour must stop pandering to the government on Brexit 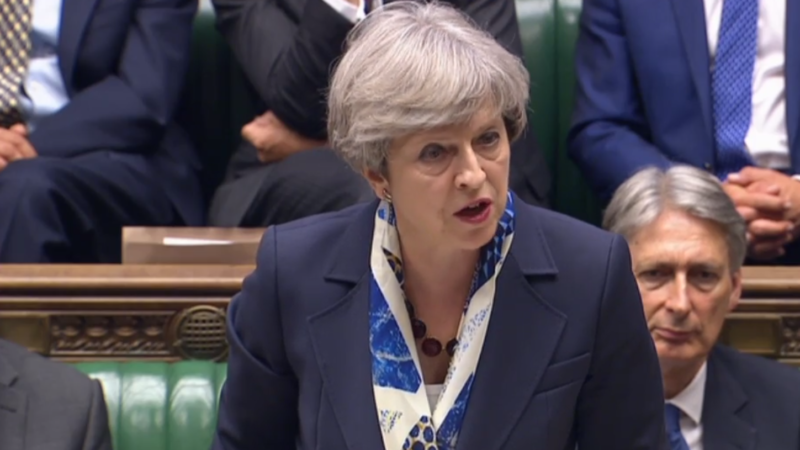 When I worked in Angola in the late 1990s, towards the end of the Civil War, I discovered an important truth: just when you think things can’t get any worse, they can. So has it proven with British politics since the 23 June 2016 when the UK narrowly voted to leave the European Union.

Before the 2017 UK General Election, I thought that a hung parliament was probably the best possible outcome, to force some sanity and compromise into the UK’s intent to exit the European Union. Instead, Theresa May has sought a de-facto coalition with the Democratic Unionist Party, a group so extreme that for them the witch burning scene in Monty Python and the Holy Grail is not so much comedy, but a utopian ideal.

For many observers the UK’s attitude to the EU in general and to its putative departure from the Union seems profoundly irrational. The government’s stated intention to leave both the Single Market and the Customs Union ignores the vast economic cost of such moves. Instead Brexiteers fall back on the slogan ‘take back control’, dreams of a British Empire 2.0, and cooked-up alternative numbers that have little basis in reality. This is a position that has gone broadly unchallenged by the opposition Labour Party who promise the fairytale of a ‘People’s Brexit’ if the electorate were only to entrust them with the levers of government.

What we’re ‘taking back control’ of has never really been made clear by the government. Certainly immigration, in spite of the UK’s need for immigrants, in order to satisfy the xenophobic amongst the government and its voters.

The government is also intent on taking back control from the jurisdiction of the Court of Justice of the European Union, in spite of the threat that this poses to security and justice cooperation in Europe at a time of rising tensions and increasing violence across the continent. This perhaps gets to the nub of the matter. Because it suggests that rather than the government’s approach to Brexit being economically incompetent and politically delusional it rather suggests that the government’s intent is profoundly ideological.

Taken alongside the antipathy of Theresa May to the European Court of Human Rights, and the former Prime Minister David Cameron’s decision to remove from the Ministerial Code, an obligation for ministers to comply with international law, the UK’s intent to quit the European Union indicates an enduring colonialist instinct in the government still bristles at the idea of international rule of law. They seem to regard it as an affront to the primacy of the UK parliament, which some seem to believe still should rule the waves.

But, of course, the supremacy of the UK parliament has already taken a kicking in the Brexit process as dozens of MPs, contrary to their judgment as to what is best for their country, voted to uphold the notional ‘will of the people’ as expressed through a blood-stained and, it now increasingly appears, a corrupted referendum.

The UK may appear to be blundering towards the exit of the EU like a drunk staggering towards the door of a bar. But all citizens must beware that the pantomime shenanigans of Davis, Johnson and Fox, the three Brexit Stooges, mask a much more sinister domestic agenda. And Labour needs to stop being the government’s poodle on Brexit.

Aidan McQuade is the director of Anti-Slavery International. He writes in a personal capacity. Follow him on Twitter @the_mcquade

See: Three months with no Parliament? May’s plan to save face is dangerous for democracy