A 'broad church' shadow cabinet would serve the party well 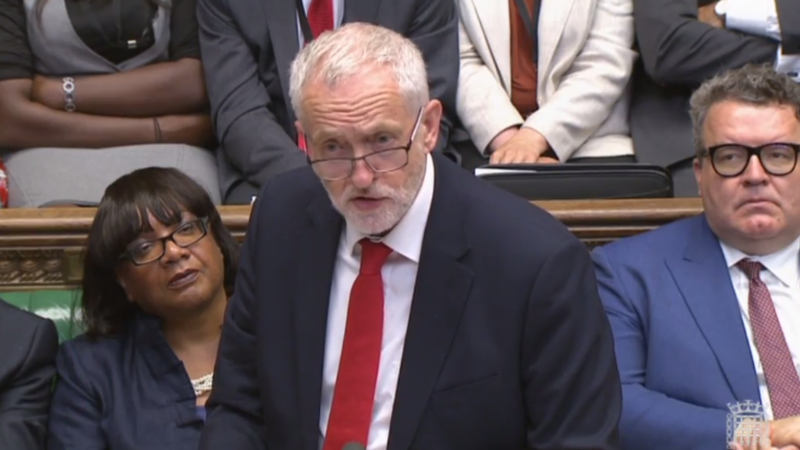 ‘You must understand that I am running a Bolshevik revolution with a Tsarist Shadow cabinet,’ Harold Wilson quipped after filling his front bench with centrists, having been elected Labour leader as the candidate of the Bevanite left.

After Labour’s shock election performance, there were inevitably calls for Jeremy Corbyn to  make a similarly comradely gesture of reconciliation to his former critics and appoint high-profile, formerly hostile MPs such as Chuka Umunna and Yvette Cooper to his shadow cabinet. They got Owen Smith. Not so much a sop to the Tsarists as to the Mensheviks.

While it is understandable that Corbyn did not want to deliver a slap in the face to those that had stayed loyal by ditching them as soon power became a real possibility, he has missed an opportunity to make a break with the New Labour era and re-establish the Labour tradition of broad, progressive, coalition cabinets.

Appointing a such a frontbench would not be a capitulation to Blairites but rather a recognition of the fact that Labour’s most progressive and indeed socialist governments were not hegemonies of the left but diverse coalitions that lived up to that much pilloried label of ‘a broad church’.

The first three of these reforms were championed and helped through parliament not by a radical but by a right-winger, the Home Secretary, Roy Jenkins. The two men that stood against Wilson for the leadership, James Callaghan and George Brown, would be appointed Chancellor and Foreign Secretary respectively. Both appointments were concessions to the right, but Wilson’s 1974 manifesto still promised ‘a fundamental and irreversible shift in the balance of power and wealth in favour of working people’.

It was the last time that Labour appeared to stand for anything, Tony Benn said twenty years later. Wilson gave Michael Foot, already a veteran left-wing agitator, his first senior role. He made Barbara Castle — whom Foot described as ‘the best socialist minister we’ve ever had’ — his Employment Secretary and she introduced the equal pay act. Wilson even allowed Benn to discuss with the Queen the idea of removing her head from British stamps.

Clement Attlee’s post-war government — the one that nationalised swathes of industry, introduced free universal education, the welfare state and the NHS — was even more diverse. He found room for Nye Bevan, George Strauss and Stafford Cripps, all prominent members of the socialist League which, in 1933, had passed a motion at Labour conference stating that party’s aim was ‘to eliminate all private enterprise as quickly as possible’.

Cripps had been readmitted to the party in 1945 after being thrown out for seeking cooperation with the Communist Party in an attempt to form a popular front against fascism. He served as Chancellor, succeeding Hugh Dalton, who also supported the idea of a popular front, although not to be formed with communists but rather Tories.

Attlee’s third chancellor was Hugh Gaitskell, a Blair without the initial charm who tried and failed to reform Clause VI. Ernest Bevin, an unashamed anti-Communist, served as Foreign Secretary and was instrumental in the formation of Nato.

In contrast to the differences of ideas and ideology of the post-war government, Corbyn enjoys broad support among his MPs for his manifesto. Quibbles over the figures and priorities are nothing compared to the clashes Atlee had to deal with in an era when many Labour MPs questioned whether change could actually be achieved through the ballot box.

Attempts to exert the authority of one wing of the party over the other have not had happy results. As leader, in 1959 Gaitskell concluded that ‘unity was not enough’, but in trying to reform the party he left it neither unified nor more electable. His attempts to expel MPs who did not share his vision served only to highlight division and stoke resentment.  And while the achievements of Tony Blair and Gordon Brown’s governments were many, not few, the control-freakery of the those years and marginalisation of the left was a huge contributing factor to the hostilities that gripped the party in the last two years.

It would be a terrible irony if, in attempting to consign New Labour to history, the present Labour leader were to repeat its mistakes.

Patrick J Barrett is a freelance writer and Labour activist in Hackney
See also: Despite the election, Jeremy Corbyn must not take the North for granted