Can the British government now claim to be a neutral arbitrator? 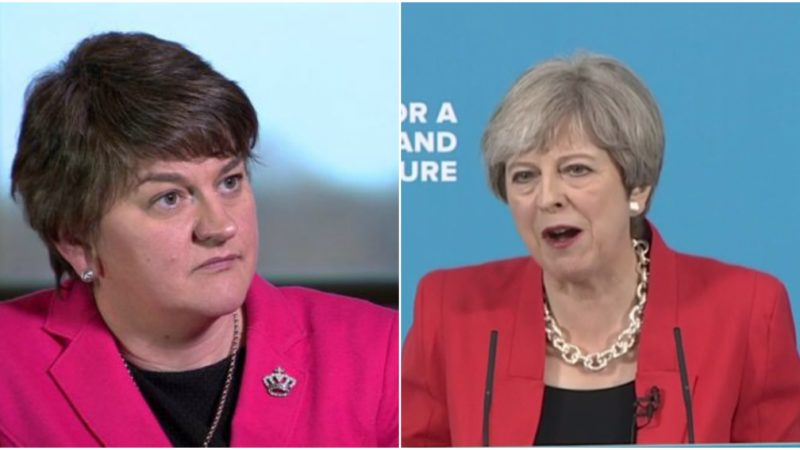 ‘In the end you can always do a deal with an Ulsterman, but it’s not the way to run a modern, sophisticated society.’

That was the view of one Ken Clarke in 2010 when all the talk was of a potential hung Parliament and coalition deals following the General Election. Putting aside Clarke’s bluntness, a serious point needs to be aired as Theresa May seeks to do a deal with the DUP.

On Monday, the parties in Northern Ireland will meet to resume talks aimed at restoring devolved government to Stormont. In such circumstances it is vital that the UK Government is able to act as a neutral arbitrator, bringing all sides together and seeking compromise on often entrenched and difficult positions.

By joining the Conservatives at the hip with the DUP, Sinn Féin especially will view only with further suspicion the motives of Theresa May’s Government and its ability to play the role of soother-in-chief.

Moreover whilst doing a deal with the DUP might give the Conservatives a slim majority the English Votes for English Laws policy introduced by the Cameron Government means that the ten DUP MPs, coupled with the Conservatives 13 MPs from Scotland and its eight in Wales means that on key policy areas such as on health and education Theresa May’s effective parliamentary strength will be significantly reduced.

And what happens when the chips are inevitably down? Perhaps a cautionary tale is that of Jim Callaghan. On the night of the famous no confidence vote in his Government in 1979, Gerry Fitt, then the leader of the SDLP, and Frank Maguire, an independent republican, both abstained, unhappy at proposals to increase the number of constituencies in Northern Ireland. This despite them both being sympathetic to the Labour Government at the time.  Had they voted with the Government, Callaghan would have survived.

Meanwhile, as the DUP becomes the Northern Irish branch of the Conservative party, in Ireland Fianna Fáil’s leader, Micheal Martin has launched an attack on Sinn Feinn’s policy of not taking their seats in the House of Commons.

He has today said:

“I think it is not acceptable and I think it was a crazy (Sinn Fein) policy to say in advance we attack the Tories, we don’t want the Tories in Government and we attack the Government in the Republic for not being strong enough with the Tories and, lo and behold, they get a mandate and they decide not to exercise it to curtail the worst excesses, if you like it, of the Tories. I think it is totally illogical for Sinn Fein to say they can stay out of Westminster given that Brexit is the single greatest issue facing our generation.”

“Here we have an opportunity for Sinn Fein to influence moderate opinion and they are refusing to take part. It shows a party that is just focused on the election and on count day. But beyond count day they are not taking part in governance. It is illogical.”

2 Responses to “How will the Northern Irish power-sharing be affected by the Tory-DUP ‘friendship’?”