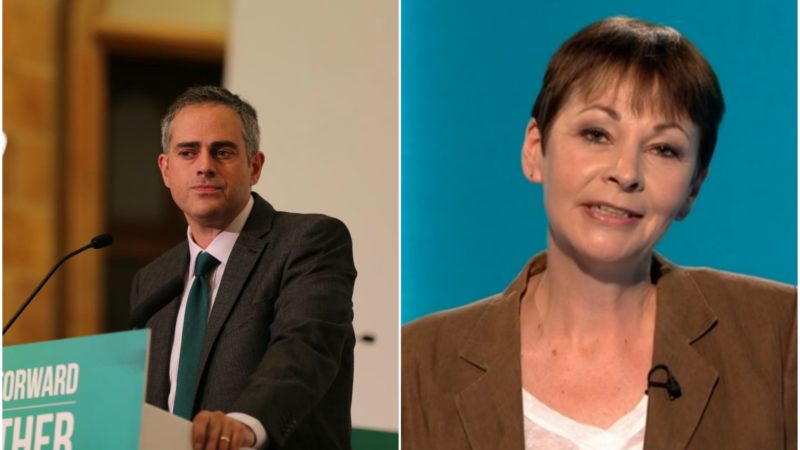 Last Thursday, the Green Party cost the Conservatives their majority.

Let me explain. For a long time, Greens have been slammed by more tribal elements in Labour for ‘splitting the vote’ and ostensibly costing Labour power.

Greens know all too well the antipathy from a strident minority of Labour members that the Greens even exist as a force at all. The attitude has been, at times, those votes are ‘our votes’. It’s a sense of entitlement that speaks to the worst of party politics. Thankfully, it has been on the wane.

And on the Green side too, there has too often been rhetoric that Labour are ‘just as bad’ as the Conservatives. Under Blair, some in the party ridiculed Labour as red Toryism. It was a caricature that, given the damage done since 2010, was wrong almost to the point of offensiveness.

So when, last summer, Caroline Lucas and Jonathon Bartley were elected on a ‘progressive alliance’ platform, it felt like a culture shift. And of course, it was one that followed a marked change in Labour Party politics given the election of Jeremy Corbyn.

The rationale for a progressive alliance was simple: left-of-centre parties should join up to oust the Conservatives. It was to be a one-off pact, with the proviso that Labour would need to back proportional representation.

They didn’t. But the Greens went ahead with progressive alliances across the country anyway. In 38 seats, the Greens stood aside for Labour or the Lib Dems. There were no policy gains — this was a marriage of pragmatism and principle: to cost the Conservatives their majority.

And it worked. In nine of those seats where the Greens stood aside for the stronger progressive party, Labour or the Lib Dems gained that seat from the Conservatives.

That equates to a centre-left Parliamentary advantage of 18 seats: more than the Conservatives’ effective majority in 2015.

And while Labour and the Lib Dem’s winning margins were slightly above the Greens’ 2015 vote, what the national progressive alliance focus did was much greater than standing down: it sent a strong signal to Green supporters and those on the left: it’s OK to back a bigger progressive party this election. The act, therefore, was greater than the sum of its votes.

Luke Walter from the group Progressive Alliance, which coordinated these moves, told me:

“What the Greens did was create a permission structure for people who tend to support another party to tactically vote Labour in great numbers. Without that, then I don’t think we would have seen the kinds of numbers Labour achieved.”

For better or worse — and arguably it crushed the Green vote — Lucas and Bartley’s narrative of progressive alliances legitimised one-off tactical voting. It said indirectly, ‘if you’re in a swing seat, vote Labour’.

And just because there was no official pact in many seats, doesn’t mean voters didn’t form their own. One in five people — including 22 per cent of 2015 Greens — ‘held their nose’ on 8 June.

I was one of those voters: a Green member in a Labour marginal, who formed my own ‘progressive alliance’. Though there was a Green candidate, I opted for Labour to try and secure a left of centre government — and ‘vote swapped’ with a Labour-backing friend in ultra-Tory Surrey.

I wasn’t the only one. I know that many Green party figures — including former staffers — did the same. For the first time for decades, in some cases, they lent their votes to Labour. And it paid off, although at some great cost for the Greens, with the party’s vote more than halved from 1.2 million votes to 525,000.

And given that Short money — the public money that goes to parties — is in large part based on vote share, the Greens paid a financial as well as partisan price for their decision to back progressive alliances, official or otherwise.

Whether it standing aside in those 38 seats, or the legitimisation of tactical voting, through making ‘progressive alliances’ a central plank of the party’s campaign, there’s a strong argument to say the Greens cost the Conservatives their majority.

Those arguing Greens ‘cost’ Labour victories in the past must now follow their own logic and accept the Greens’ selfless role in this election. While it might be bad strategy for party leaders to encourage votes for a rival (a line being pushed, surprisingly, post-election), it was done with noble intentions. And it paid off.

The collapse of the Green vote was no accident: it was principled politics on behalf of both the Green Party and its supporters. Labour must find a way to work with them if it’s to build a majority.

The opportunity to do so may come sooner than we think.

Josiah Mortimer is a contributing editor at Left Foot Forward

See: How people power can beat the big donors – from crowdfunding to tactical voting