Nicola Sturgeon, David Cameron and Carwyn Jones are all calling for cooperation 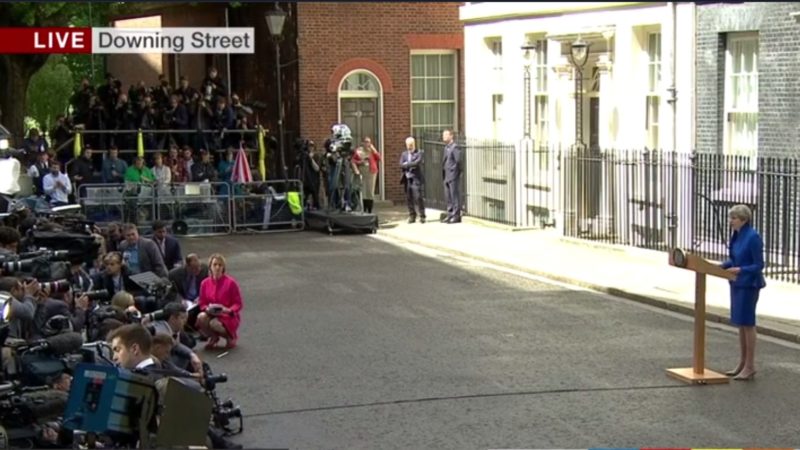 No, this is not the start of a bad joke, although given the farcical state of British politics right now, it could well be.

The answer is Brexit. Since Number 10 seems deaf to the need for a softer exit from the EU, the cross-party work being called for to reach a Brexit that is good for the economy is already happening.

On Monday, Nicola Sturgeon called for a pause in the Brexit negotiations to allow time to reach a cross-party and cross-nation consensus on the way forward.

“The Tories’ hard Brexit plan has been rejected and we cannot allow the Brexit negotiations to become hostage to the inability of either the Tories or Labour to command a clear majority.”

“The Prime Minister has already lost one gamble. I will not allow her to gamble with the Welsh economy and with people’s jobs and livelihoods. She must now listen to what we have been saying from the outset; full and unfettered access to the Single Market is central to Wales’ – and the UK’s – future prosperity and must be our first priority in the forthcoming negotiations.”

And now we have news that David Cameron, speaking in Poland, has called also for a ‘softer’ Brexit and a greater role for parliament and cross-party working on the issue.

Add to this Scottish Conservative Leader, Ruth Davidson, along, one suspects the Greens and the Liberal Democrats and the cross-party consensus on Brexit is already happening. What is lacking is a Downing Street operation willing to listen. Instead it is determined to progress with a hard Brexit as though the election last week had never happened.

To compound the problems, what is evident is that the government cannot get even its preferred hard Brexit plans right.

Take a look at the Twitter feed of the Guardian’s Brussels correspondent,  Jennifer Rankin, who has a detailed account of how yesterday’s meeting between the EU’s Chief Brexit negotiator, Michel Barnier went with Olly Robbins, the head Civil Servant at the Department for Exiting the EU and Tim Barrow, the UK’s Permanent Representative to the EU.

What we find is that Barnier is unwilling to hold ‘technical’ discussions with civil servants until the UK Government has been able to sort itself and the Queen’s Speech out. Not unreasonably, as Rankin noes, ‘EU side want to ensure UK’s chief negotiator has a mandate from the British gov before formal talks can begin.’ The EU, she writes ‘wants reliable, accountable, chief negotiator with a mandate, but not sure they will get one.’

“British gov has not sent any details of its Brexit position to Brussels and no one knows what British really want now.”

See: The Queen’s Speech and the Brexit talks have been postponed – this is not a functioning government