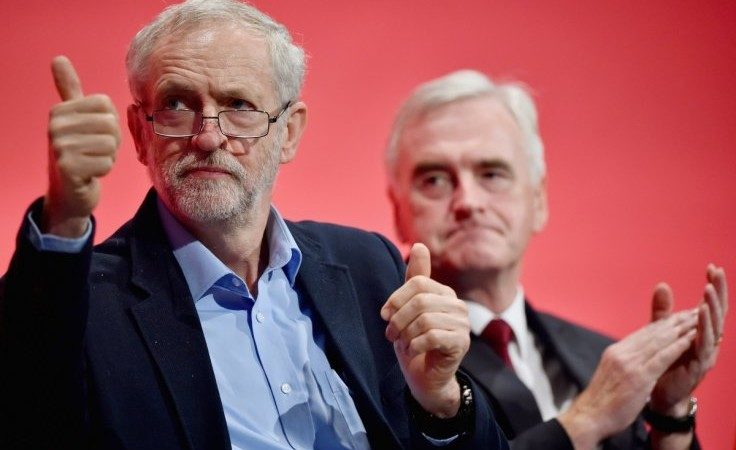 Companies operating the Private Finance Initiative (PFI) schemes have created complex structures to shift profits to offshore tax havens that do not levy corporate taxes on profits made elsewhere.

The offshore arrangements can also avoid capital gains tax. In some cases, their share ownership is parked in anonymous offshore companies and this can enable shareholders to avoid income tax on dividends. Yet successive government have done little to shackle PFI companies.

The Conservative Party manifesto makes no mention of how it will check PFI tax avoidance. In contrast, Labour’s manifesto  states that

“Many public contracts for building schools, hospitals, care homes and other public facilities awarded to contractors under the Private Finance Initiative (PFI) have subsequently been relocated to tax havens. This has enabled contractors to avoid UK taxes on profits funded by taxpayers. Labour would require repatriation of all such contracts”.

PFI was introduced in the early 1990s by the Conservative administration and expanded by the Blair administration. The key idea was that instead of the government borrowing and building schools, hospitals, bridges, police stations, prisons, etc., a consortium of private sector companies and banks would build the assets and often operate the same for the next 25-30 years. There have been numerous problems with PFI contracts, such as high costs. For example, the cost of borrowing by businesses has been more than double the cost for the government.

In March 2016, there were 716 current PFI projects with a capital value of £59.4bn. In return, taxpayers are required to pay over £307bn over the next 25-30 years — that is a guaranteed profit of £248bn. To date more than £97bn has already been paid in unitary charges (loan repayments and fees for various services, such as property maintenance) on contracts, some already completed, going back to 1992. Despite high profits corporate executives have developed a variety of strategies to avoid UK taxes.

PFI contracts are shrouded in secrecy and full details of taxes lost are not known. An investigation by the House of Commons Public Accounts Committee (PAC) concluded that:

A report by the European Services Strategy Unit found that around 70 NHS PFI projects were based offshore. The first hospital in London to be built with PFI money, the Queen Elizabeth is part-owned by three separate funds: Semperian PPP Investment Partners, Innisfree and John Laing Infrastructure Fund (JLIF). Guernsey-based JLIF owns over a quarter of the hospital along with a raft of other PFI stakes in hospital, housing and school-building projects. The PAC reported that 72 per cent of the shares in Innisfree  were held by shareholders based in Guernsey.

The Forth Valley Royal Hospital in Larbert is owned by a company called Palio (No 11) Limited, which is wholly owned by the Guernsey-registered JLIF Limited Partnership. A BBC investigation found that HSBC used an offshore company to channel millions of pounds of profits from PFI schemes, such as the Queen Alexandra Hospital in Portsmouth, to a Guernsey-based investment firm HICL.

In August 2016, BBC reported that more than 200 schools built in Scotland under private finance initiative (PFI) schemes are at least partially owned by offshore investment funds with Guernsey and Jersey as a favourite destination.

An investigation by The Herald newspaper revealed that East Dunbartonshire Schools PFI project is owned 50% by Innisfree Nominees Ltd, which is owned by Innisfree Group Ltd.  The main shareholders in this firm is Coutts and Co Trustees (Jersey) Ltd, based in Jersey and part of the taxpayer-owned Royal Bank of Scotland group Coutts. Coutts is better known as the Queen’s bank and since 2014 it has been chaired by Tory peer Lord Waldegrave. In 2016, a leak known as the Panama Papers revealed that Coutts had asked law firm Mosack Fonseca to set up almost 500 offshore companies for its clients.

There is no suggestion that PFI companies have done anything illegal, but their practices result in leakage of tax revenues and requires ordinary people to either pay higher taxes or forego social rights. The companies and their shareholders are paid by taxpayers but then shrink the UK tax base whilst making full use of the infrastructure to generate profits and dividends.

Labour has pledged to stop this. How can it do that? It can ask companies to repatriate PFI projects, unless they were specifically negotiated with an offshore entity, so that tax is paid in the UK on all profits and dividends. Labour can introduce legislation and force companies to bring contracts home. It can make it unlawful to shift financial aspects of future PFI projects to offshore havens without express Treasury approval.

In case any companies still want to indulge in creative games, the Labour manifesto has other pledges. These include no public contracts for tax avoiders and requiring large companies to publish their tax returns so that we can all see how they shift profits and avoid taxes. Such policies can check organised tax avoidance and release millions for public services.

See: Economists must do their homework before attacking Labour’s tax pledges