Manifesto showcases a party that deserves its demise 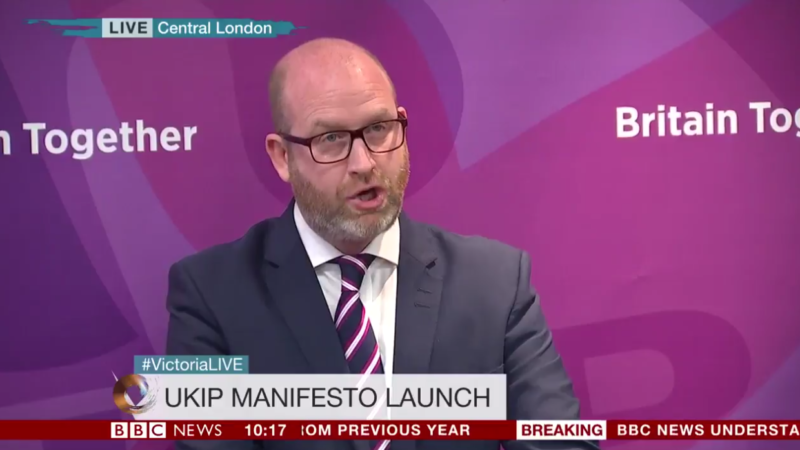 Classy as ever, UKIP launched its manifesto this morning while the other parties’ campaigns were suspended as a mark of respect to the victims of the Manchester attack.

The launch itself descended into chaos as activists and even MEPs shouted at any journalist who asked a question. According to Business Insider:

“UKIP MEP Earl Dartmouth yelled ‘what a stupid question’ and ‘don’t you understand English?’ at BBC Political Editor Laura Kuenssberg while one activist told her to ‘go back down your hole’ in a heated question and answer session.”

However, we shouldn’t let the chaos of the launch event distract from the manifesto itself, which is jam-packed with ideas so crazy that only UKIP could come up with them. Here are just a few of the best.

It’s no surprise that the UKIP manifesto contains a pledge to ban religious face coverings such as the burqa and niqab. However, this year’s manifesto does include an interesting twist on the justification. Defending against accusations of Islamophobia and authoritarianism, UKIP clarifies that there is nothing liberating about clothing that ‘prevents intake of essential vitamin D from sunlight’.

Have you got that? A vote for any other party is a vote against vitamin D.

‘UKIP believes the UK should have already left the EU’ by immediately repealing the European Communities Act, insisting that there is ‘no legal or moral obligation to use Article 50’.

Without even arguing the legal point, surely it would be immoral to devastate people’s livelihoods by driving the British economy off a cliff edge? Or to risk essential security cooperation, cut off supplies of essential goods, drastically endanger the peace process in Northern Ireland and render people’s savings worthless by collapsing the pound.

This is not serious policy. We don’t care what colour passports are in 2019, but please stop talking about it. 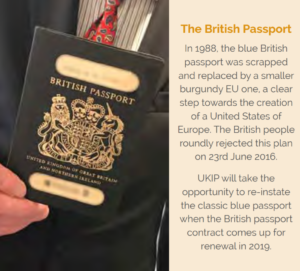 UKIP’s continuing, shameless climate denialism is the ultimate reminder that it’s a party with regard for evidence, science, or the lives of the world’s most vulnerable. In today’s manifesto, Nuttall and friends pledge to repeal the Climate Change Act because it ‘has no basis in science, and its aim of cutting greenhouse gases by 80 per cent by 2050 is unachievable.’

The party then calls for a return to coal-fired energy, an end to subsidies for renewable energy and withdraw’ from the Paris climate agreement and the EU Emissions Trading Scheme.

This one is too sinister to joke about. As was widely reported last month, UKIP is proposing annual FGM checks for ‘girls identified to be at risk’ up to the age of 16, with additional check-ups ‘when they return to the UK from trips to countries where FGM is known to be customary’.

There is no glossing over the grotesque nature of this policy: UKIP are proposing compulsory, invasive physical examinations of brown girls.

Forcing girls at risk of #FGM to have medical checks in an abuse of their human rights. #Ukip are not just wrong but offensive as well.

Thankfully, none of this has any chance of becoming policy since Nuttall’s party looks set to crash to even further lows in this election.

This manifesto is a reminder of how richly-deserved the UKIP collapse is.