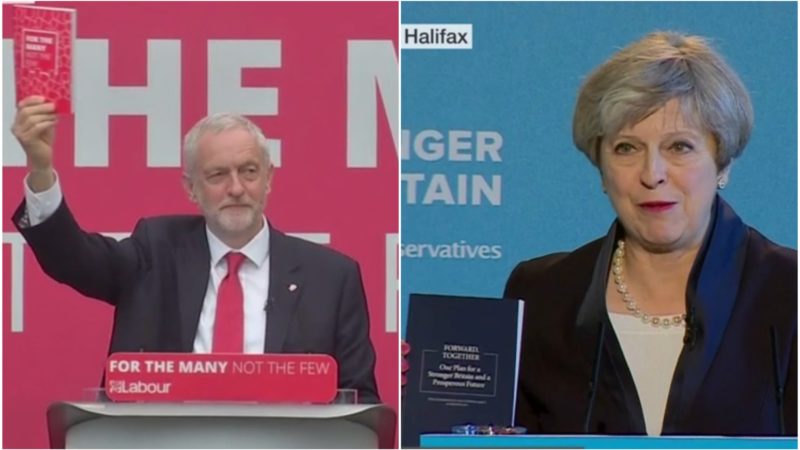 The analysis of the financial commitments in the election manifestos of major political parties is most welcome as it can stimulate informed debate and dialogue. For such dialogue and debate to take place it is essential that political parties publish costings of their pledges.

It is noticeable that only the Labour Party has published a fully costed manifesto. The Conservative Party, despite vast financial donations from banks and corporate elites, has failed to publish costings of all its pledges and its vague woolly words try to be all things to everyone.

One consequence of publishing a transparent manifesto is that pundits will have an opportunity to unpick pledges and their costs. So it is with the Institute of Fiscal Studies’ (IFS) analysis of the details provided by Labour. The IFS takes pot-shots at Labour’s pledge to reverse recent cuts in corporation tax and invest the resulting £19.6bn in social infrastructure and the promise to increase the minimum wage. The IFS analysis tells us quite a lot about its own prejudices.

In line with its neoliberal worldviews, the IFS advances a bizarre argument: ‘All taxes are paid by people and corporation tax is no different’.

If that was the case then we should not see corporations heaving their luggage about in cyberspace or offshore places to dodge taxes. They should not devising complex tax avoidance schemes because they can just pass it on to workers and customers. However, we do not witness that behaviour because taxes are borne by corporations as legal persons who enjoy considerable economic rights.

Corporations also cause social costs whether they are for pollution, the environmental damage, food that causes obesity or products that bring disease (e.g. cigarettes) and it is reasonable for the state and society to demand corporations bear the cost of what neoliberal economist fondly refer to as ‘externalities’.

The IFS analysis leaves a huge vacuum in social policy because if all costs are passed on to others then there is no point in levying taxes or fines on corporations for malpractices. The IFS position would lead to the conclusion that every time a corporation is caught indulging in malpractices, the government should punish citizens and workers.

The IFS claims that the higher corporation tax will result in higher prices and lower investment and wages. Whatever assumptions it makes to reach its conclusions are not explicitly stated. It seems to assume there is no effective competition in the market place, the demand for goods and services is inelastic, there are no substitute goods and services and that consumers will somehow insist on buying the same items at higher prices. There is no explanation of these heroic assumptions in the IFS analysis.

UK companies are already sitting on a cash mountain of about £500 billion and they are unlikely to invest that in productive assets without the feeling that people will have the resources to buy the additional goods and services.

The IFS is scaremongering and advocating race-to-the-bottom. The UK corporation tax rate was 52 per cent in 1982 and has declined to the current rate of 19 per cent. This has not been accompanied by increase in the real wages for workers.

In 1976, workers’ share of the gross domestic product (GDP) in the form of wages and salaries stood at 65.1 per cent. Despite corporation tax cuts there has been no corresponding increase in the real wages. In the last decade the real wages of UK employees have fallen by over 10 per cent, almost the largest fall among major industrialised nations. At the end of 2016 the share of GDP going to employees in the form of wages and salaries shrank to around 49.5 per cent (see Table D of the UK Quarterly National Accounts). So lower corporation tax rates have not resulted in higher real wages for workers.

France, Germany, Canada and many Scandinavian countries have higher corporation tax rates and higher wages, certainly higher than the UK. How did they buck the trend? These countries generally make a bigger investment in their social infrastructure, which is vital for any investment productive assets.

The IFS analysis seems to support a race-to-the-bottom where corporations can use social infrastructure without directly paying for it. The logic of the IFS position would be that workers in general should receive lower wages because that would increase corporate investment.

Its analysis does not offer any role to the state in affecting distribution of income and therefore what exactly would be the point of voting through the ballot-box. Of course, lower wages mean that ordinary people won’t have the purchasing power to buy goods/services and build a sustainable economy. That is especially relevant to the UK where personal debt is already at around £1.5 trillion and a large section of the population cannot continue to borrow and support the economy.

Overall, the IFS analysis is unsatisfactory because its arguments are from an unacknowledged neoliberal perspective and its logic, if followed, would lead to lower wages, erosion of democracy and more power to corporations.

4 Responses to “On corporation tax, the Institute of Fiscal Studies has shown its neoliberal prejudice”