There's no sign of shared understanding between the two sides 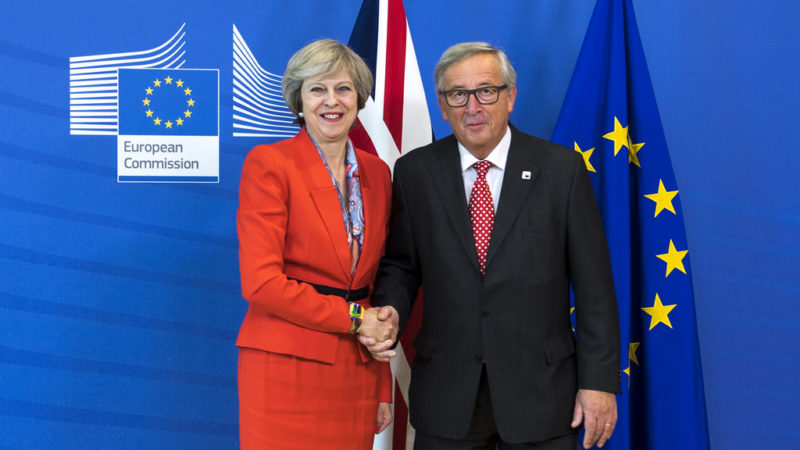 The negotiations between the UK and the EU 27 have got off to a flying impasse, as the weekend’s leaks reveal. The issue is not one of substance or irreconcilable differences in interests; it is purely about process. The talks about talks are deadlocked.

The Council has decided the talks should have two phases with the beginning of trade talks delayed until there is progress on the divorce settlement. Theresa May wants talks in parallel. It is getting heated, with EU figures (possibly Jean-Claude Juncker himself) saying that the prime minister is in a different galaxy. She says she isn’t.

Trying to make sense of this row is not easy. It might be serious or it could be pre-talks bluster. An obvious question is: how far apart are these supposedly irreconcilable positions? In particular, are there really two sets of unrelated questions that can be handled separately?

A reading of the negotiating guidelines suggests that the issues the EU wants to settle first may depend on the outcome of issues the want to defer to a second stage.

For example, the first phase includes the question of Ireland and supports ‘the aim of avoiding a hard border’. Th type of border controls in Ireland logically depends on the nature of the post EU arrangements. For example, Britain’s relationship to the customs union will impact on the decisions about the border with the Republic, yet the EU wants to preserve that question for the second phase.

The financial settlement will be one of the most complex points to negotiate and an early start would suit both sides. The EU famously runs two different budgets and the negotiations may focus on one or the other or on the financial accounts which are different again. There is also a multi-annual financial framework (MFF) which runs until the end of 2020. Which of these best represents Britain’s continuing obligations is up for debate.

Britain will probably agree to some level of legacy payments reflecting its share of liabilities. However, the flexibility to agree on contributions is linked not just to the final relationship with the EU but to the transition arrangements.

For example, if Britain is in transition during 2019-2020, then the question of contributing under the MFF is different from the case where Britain simply leaves in March 2019. Yet the guidelines want this settled in phase one.

The point is that many of the questions the guidelines want to address in a first phase depend on the form of agreement reached in the second phase or at least the flexibility negotiators have to make concessions or find compromise is facilitated by related questions reserved for phase two.

“The EU stands ready to establish partnerships in areas unrelated to trade, in particular the fight against terrorism and international crime, as well as security, defence and foreign policy.”

However, the guidelines also want to settle these matters in negotiating Britain’s withdrawal:

Once again it is difficult to see how these issues can be fully identified without knowing what continuing arrangements there might be in these areas.

It seems evident that there is no clear cut distinction between the issues the EU want to prioritise and the questions around the future relationship with the EU. Inevitably negotiations on one will impact on the other.

It would be tempting to conclude that the recent spat is more pre-negotiation theatre than reality. However, there is at least one other explanation.

The differences exposed this weekend could be the result of a year in which the protagonists have not communicated on the issue. Both the UK government and the EU policy-makers have been in separate bubbles, developing their ideas based on shared assumptions. Now with the talks approaching each side is discovering that the other has a different perspective. Each set of politicians has taken for granted ideas that contradict the mindset of the other.

What has happened could be the result of the shock of discovering that the two sides have built their positions on incompatible bases. The risk is that each retrenches, believing that the other is misguided and retreats into its bubble.

Successful negotiators begin by understanding the worldview of their counterparts. Both sides need to see the world as it looks from the other’s perspective.

It could be that a year of refusing to negotiate means that a shared understanding of the issue has failed to develop.

3 Responses to “How deep is the May-Juncker divide? And can it be bridged?”