A Labour government would deliver a new Clean Air Act 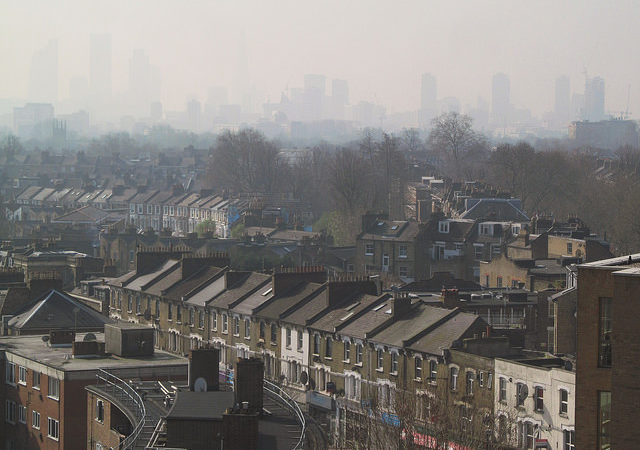 The facts are clear on air pollution: our air is toxic.

It’s linked to 40,000 premature deaths each year. Nearly 60 per cent of the population is exposed to illegal levels of air pollution, and it is children and babies who are most at risk from the associated health impacts – with hundreds of schools and nurseries close to the most polluting roads.

From Southend to Leamington Spa, Glasgow to Scunthorpe, air pollution is a national public health emergency. And it is an issue that SERA, Labour’s environmental campaign, has been working on for a very long time. Earlier this year we launched the Breath of Fresh Air campaign, calling for the government to act strongly with a new Clean Air Act and whether we are talking to MPs, councillors, community groups or our members, it is clear that this is an issue that people are deeply worried about

And yet, even as the evidence grows each day, and more voices call for urgent action — from the Royal College of GPs to the British Lung Foundation — the Government has done nothing.  Theresa May has repeatedly, and consistently, failed to intervene and it has been left to Labour politicians, including Sadiq Khan, and external groups to hold her to account.

As the ClientEarth court case proved, government inaction is not only immoral, but also illegal, with even the EU threatening to take the UK to court. But even after being ordered to produce a new plan by the Supreme Court – the Government are trying to hide behind excuses to delay action further.

Purdah — the reason the government is giving for their latest inaction — is not an excuse.

It kicked in just three days before the plan legally had to be published, so surely if the government had any intention of meeting the deadline, bringing forward the launch by a few days would have made no difference? This plan was ordered five months ago, and while the general election was a surprise, the local elections — and their purdah period — are not. Even so, the Purdah guidelines specifically contain an exemption for essential consultations, including safeguarding public health. Not acting now is either sheer incompetency or apathy.

While the Tories do nothing, Labour have promised immediate action to safeguard public health. As SERA has long campaigned for, a Labour government would, within just 30 days of office, introduce a new Clean Air Act — matching the commitment shown  in the 1950s when tackling the country’s deadly smog.

As well as giving councils the powers to establish smoke control zones, the original Clean Air Act also championed firm action, including offering grants, so that householders could convert their coal-burning fires to smokeless fuel. Labour’s Clean Air Act could, via fair diesel scrappage scheme and incentives for alternatives, tackle our toxic air without punishing the public.

A national act, rather than piecemeal intervention could also set a clear plan for the transition to a cleaner, more efficient transport system, by providing funding for local authorities, clear infrastructure targets for the likes of electric vehicles and better integrated public transport. With a vision of transport fit for the 21st century, it could not only address an urgent crisis, but set out a roadmap for something better.

From Sadiq Khan’s work in London, to ambitious plans from Labour councils across the UK, Labour in power is already leading on air quality. A Labour government — with this commitment to a new Clean Air Act — would add weight to these actions, tackle the issues head on and help us save lives and improve health across the UK.

We simply can’t afford another five years of delays.