Party activists must hone in on winning a second seat 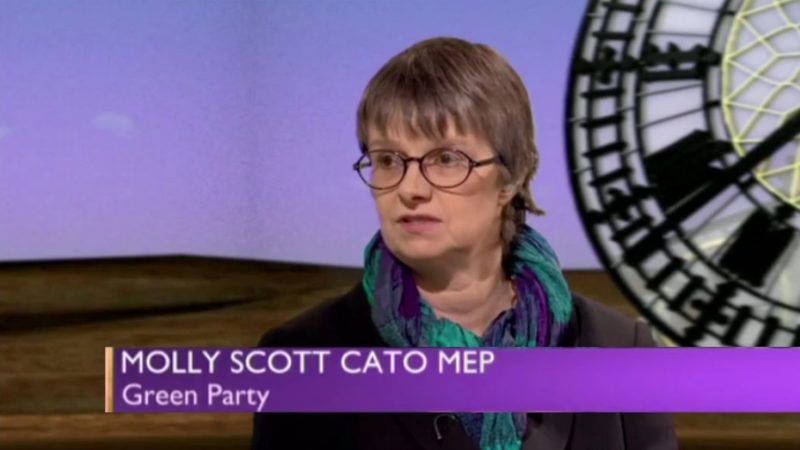 Electing the Greens’ first MP in 2010 was a breakthrough. It’s time for another. The eighth of June must be about one thing for the Green Party: electing a second MP in Bristol West.

The past months have seen big debates on the left about the idea of a ‘progressive alliance’. But the timing of this election does make it difficult, with recent days seeing Jeremy Corbyn going so far as to officially rule out a pact, and Tim Farron signalling he isn’t too keen either.

The realpolitik of this scenario means that — if a pact or local deals turn out to be off the cards — the Green strategy has to be to target like hell.

Of course, the Greens could stand down of their own accord. But it would be a shame to stand down without any reciprocation, whether that’s a Labour pledge for PR or it resulting in more Green wins.

Don’t get me wrong, as a pluralist, I like the idea of parties working together. But sadly, with just six weeks before this election, all parties are in battle mode, not talking mode.

So, we are led to the grubby arithmetic and the art of the possible. In 2015, the Greens came third in 17 seats. They came second in four seats. Given the improvement of the Lib Dems’ polling position since the last election (in most of those 17 the Lib Dems came second), that pitches the Greens as the challengers in four seats.

Three of those seats have a huge Labour majorities — 67 per cent for Labour in Liverpool Riverside. 67 per cent in Manchester Gorton and 55 per cent in Sheffield Central.

Yet in 2015, Darren Hall came second in Bristol with 27 per cent of the vote to Labour’s 36 per cent. Labour’s support nationally has since fallen from a 30 per cent result in 2015 to 26 per cent polling now (though polls typically overestimate Labour’s final vote tally). That makes Bristol West very winnable.

More than that — it makes it the target seat.

The Lib Dems trailed in third, with 19 per cent of the vote. At the time, they won eight per cent of the vote nationally. They are now polling at 11 per cent. So on a universal swing — i.e. up three percentage points — they aren’t likely to take Bristol West.

That makes the Greens the challenger party. With the Lib Dems yet to pick their candidate, it is Molly Scott Cato — MEP for the region — who has the advantage. She’s popular, she’s frequently in the media, and she comes across well.

Where Labour have not, Molly Scott Cato has the ability to tackle ‘extreme Brexit’. And with Labour seemingly vacillating on the issue, she can present the Greens’ flagship policy — a referendum on the terms of Brexit — as the issue of the election.

I spoke to a key member of Molly’s campaign team, who told me:

“A lot of people felt hugely let down by Corbyn and Labour over their inaction during the EU referendum campaign.

“They contrast that with Molly – an MEP, and the party’s Brexit spokesperson.  She’s been working really hard on EU issues – and how a ‘hard Brexit’ would impact local businesses in Bristol.”

That’s meaningful work, and a vote-winner in a 79 per cent remain-voting constituency.

Funnily enough, a referendum on the Brexit deal is also the Lib Dems’ flagship EU policy, meaning Molly can steal a march on their campaigning. Why vote Lib Dem in Bristol West when the Greens’ represent much of their EU demands, but from a stronger electoral position?

Let’s go a bit geeky. The Greens stood in 571 seats in 2015. They got more than five per cent of the vote — keeping their deposit — in 123 of those. Just over a fifth of contested seats. Why not save that £224,000 in lost deposits and put it into the top dozen target seats?

The national party could target in other ways. No HQ money to non-target seats: everything raised nationally goes to those seats with the smallest gap between the winner and the Greens at the last election. Nationally-organised battle buses and campaign trips. Non-stop leadership visits.

Bristol is where it’s at for the party this election. Getting a second MP could be a profile game-changer for the Greens – and would be a huge boost in the formerly-Liberal South West. Paddy Power have the Greens as the favourite in Bristol West, and data boffs Electoral Calculus reportedly do too.

Bristol Greens have seen a ‘huge surge in donations already’ — tens of thousands in the past few days, I’m told. The party leadership chose their first action of the election campaign to be there. They’ll need all that and more to win, but it’s possible. Senior figures in the party tell me that it will indeed be the ‘number one’ priority.

It’s depressing that a party which won over a million votes at the last election must target so ruthlessly. Like the idea of standing down for other left-of-centre parties, and tactical voting campaigns, it’s the symptom of a broken voting system. But it must be done.

Activists in other parts of the country may have to swallow their pride before 8 June. Progressive alliance or not, if the Greens aren’t going to remain a one-MP show indefinitely, it means one thing: they have to throw the kitchen sink at this jewel in Somerset’s hip, lefty crown.

Josiah Mortimer is a contributing editor at Left Foot Forward