China Daily is not a real newspaper. MPs should boycott it 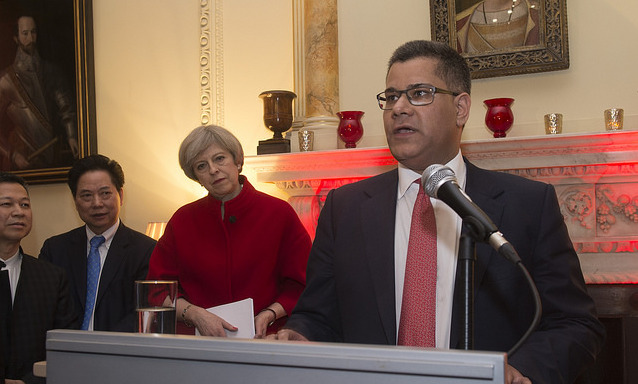 Members of parliament should steer clear of the propaganda pumped out by oppressive regimes. Fortunately, more often than not, MPs are rightly condemned when they give such outlets legitimacy.

Sadly, this doesn’t appear to be the case when a foreign minister – in this case, Alok Sharma MP, Foreign Office Minister for Asia and the Pacific – writes for China Daily.

For those who are unaware of China Daily, it is the English language mouthpiece for the Chinese Communist Party (CCP). In many ways it performs the same duty that RT (formerly Russia Today) does for Moscow here in the UK.

However, the paper is relatively unknown, perhaps because, unlike RT, it doesn’t overtly attempt to shape British domestic politics.

RT has tried to brand itself as an alternative voice by frequently promoting prominent Left-wingers and anti-war activists who conveniently toe Putin’s line.

Instead, China Daily directly parrots Beijing’s line on the South China Sea and the regime’s condemnation of pro-democracy movements in Taiwan and Hong Kong, (that is, if such news isn’t already censored).

On top of this, China Daily promotes the cult of Xi Jinping, especially since the Chinese President used his anti-corruption campaign to purge the propaganda agencies of his internal critics.

While it has yet to gain a large readership here in the UK, China Daily is sent to MPs’ offices on a daily basis, and during important state visits can be found being handed out at tube stations across central London. It has also, most worryingly, established partnerships with mainstream western media outlets.

Earlier this year, the Wall Street Journal faced criticism for inserting China Daily supplements in its paper as paid sponsorship. Here in the UK the Telegraph features China Daily content in its online ‘China Watch’ section, and carries a regular print supplement as part of a six-figure advertising deal.

Similarly, the Daily Mail has been criticised for working in partnership with People’s Daily, another CCP outlet.

The legitimisation of these propaganda rags cannot be allowed to happen and as such politicians should steer clear of papers like China Daily.

Engaging with the paper isn’t going to shape its output – there’s not even room for mild criticism of the CCP in China Daily.

That being said, it’s not as if British politicians are willing to condemn Beijing in the first place. In this ‘Golden Era’ in UK-PRC relations, it looks like trade trumps human rights. That means keeping quiet.

Yet despite this gloomy state of affairs, it was nonetheless surprising to see Alok Sharma MP, Foreign Office Minister for Asia and the Pacific, in last week’s edition of China Daily.

The piece was overwhelmingly glowing about UK-Chinese relations, as you’d expect from both the Foreign Office and China Daily.

No mention of human rights in the mainland, no mention of the undermining of freedoms in Hong Kong, no mention of Beijing’s aggressive stance towards the liberal-democratic Taiwan, nor its pursuit of island-building in the South China Sea.

So there we have it. Not only is the British government determined to continue this kowtowing, it now appears willing to legitimise Chinese state propaganda.

The reality is the human rights situation in China has worsened since Xi took power. Britain should be publicly condemning such abuses, especially in Hong Kong where we have a historic responsibility.

The last thing ministers should be doing is writing in CCP propaganda outlets. China Daily won’t give space for a balance assessment of UK’s relations with the People’s Republic of China and therefore should be boycotted by British politicians.

Gray Sergeant is a Labour activist from south Essex and regularly comments on UK-China relations. Follow him @GraySergeant

One Response to “Why is this Tory minister writing propaganda for the Chinese dictatorship?”