Despite appearances, this red-carpet journalism has nothing to do with money 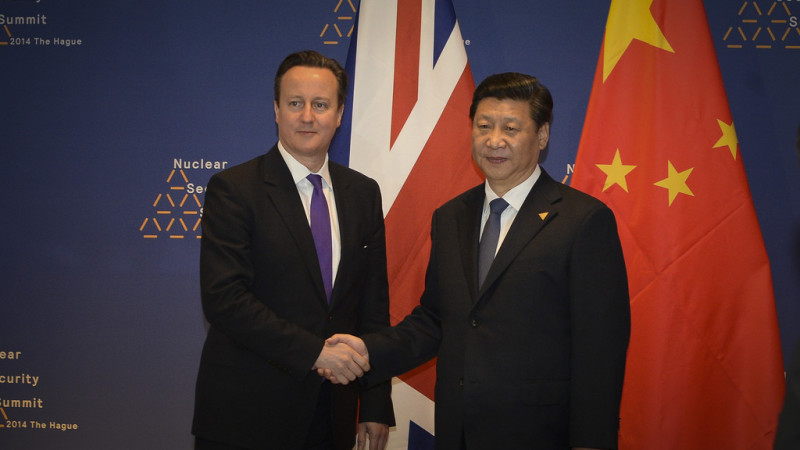 As the British government and royal family lavish the visiting president of China with red-carpet treatment worthy of a god, it’s a relief to find we live in a country with a free press.

Unlike the people of China, our newspapers are there to hold the powerful to account – to ‘do justice and let the skies fall’, as the Romans used to say.

But one tribune of the people stands head and shoulders above the rest when it comes to coverage of China: The Daily Telegraph.

The Telegraph, upholding since 1855 the proud tradition of a free press in Britain, has confounded critics, where others would stoop and go along.

It will be said by some clever-clogs types that the Telegraph‘s positive coverage of Xi Jinping’s visit, as compared with more critical coverage in other papers, is somehow related to the Telegraph‘s six-figure advertising deals with the Chinese government.

“From Trafalgar Square to Buckingham Palace, along the full length of the mall, China’s red flag yesterday flew alongside the Union Jack, a juxtaposition that symbolised the closer relationship that London and Beijing are eager to forge.”

It notes that ‘there are some who believe such extravagance is unwarranted given China’s human rights record and its 60-year occupation of Tibet,’ along with other matters,

“But these matters are better addressed through friendship and co-operation, not by posturing and political grandstanding (as with Speaker John Bercow in the Commons yesterday).

President Xi should rest assured that he is a welcome guest in our country.”

Critics will no doubt point out that an editorial like this neatly compliments the Telegraph‘s eight-page supplement, China Watch, (tagline: ‘All you need to know’), produced by the state-run China Daily and paid for by the Chinese government.

Cynics will point to how the very juxtaposition of British and Chinese flags cooed about in the Telegraph appeared in photo form on page one of yesterday’s China Watch, above a piece titled: ‘Going for gold – Leaders in China and Britain say nations are heading into a new era of dynamic relations’.

(The piece below is titled: ‘US visit sees nations agree on cyber security’.)

Grumblers might even say that the shortage of comment pieces critical of the Chinese visit in the Telegraph, as compared with strong pieces in the Times, the Daily Mail and the Spectator, betrays a connection between the paper’s commercial interests and its editorial content.

In their most self-righteous moments, they might even say that the massive Bank of China advertisements running on the front page of the Telegraph this week are an obscene symbol of how the paper has been bought by a foreign dictatorship.

But they would be wrong.

When you think about it correctly, (perhaps while leafing through a copy of China Watch), the Telegraph has taken the harder road. Criticising an authoritarian state with no regard for the rights of its own citizens, let alone those of this country, would be easy – indeed, obvious. And biting the hand that feeds them would be a cheap way to win plaudits from the overfed commentariat.

No, real independence comes from speaking the truth even if it does conform to the views of your Chinese paymasters, because you understand that relations with said paymasters are in the best interests of the British people.

To do otherwise, to poke holes in the Chinese communist party, when you know in your bones that ‘friendship and engagement’ are the right thing to do, would be a betrayal of your duty as a serious newspaper.

It is for this reason that we would like to salute the courage of the Telegraph for refusing to back down and toe the line certain people would have them follow. If wads of Chinese cash can’t corrupt the noble Telegraph, protests by Chinese dissidents don’t stand a chance.

So three cheers then, for the Daily Telegraph. If only our government and loyal opposition could show the same patriotism and backbone.