The PM is wrecking relations with devolved regions over Brexit 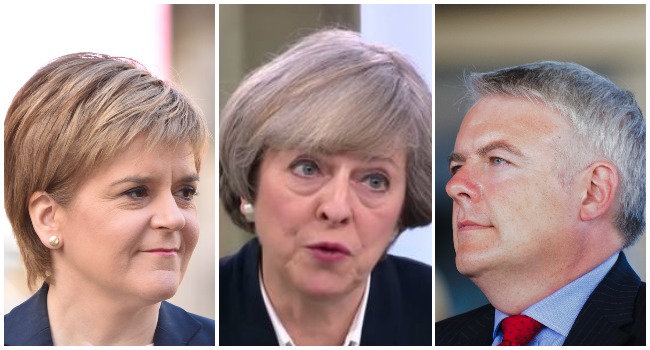 The Welsh First Minister has joined with Nicola Sturgeon in launching a full on assault on the Prime Minister’s approach to the devolved bodies concerning the triggering of Article 50.

Addressing the Welsh Assembly yesterday, Carwyn Jones said that while he had discussed the Article 50 letter in ‘general terms’ with the Prime Minister during her visit to Swansea last week, he had not been given sight of the letter before it was handed to Donald Tusk, and the Welsh Government was ‘not invited to contribute to its drafting’.

‘This is unacceptable’, the First Minister said, ‘and is the culmination of a deeply frustrating process in which the devolved administrations have persistently been treated with a lack of respect’.

The First Minister’s words are yet more evidence of the Prime Minister’s failure to meet her own test of achieving a UK-wide position before triggering Article 50.

Speaking following her first meeting with Nicola Sturgeon last year Theresa May could not have been clearer, saying:

“I won’t be triggering Article 50 until I think that we have a UK approach and objectives for negotiations. I think it is important that we establish that before we trigger Article 50.”

During the same session, UKIP’s leader in the Welsh Assembly Neil Hamilton suggested that ‘suicide is an option’ in response to the comments of Labour AM Baroness Morgan, who expressed her sadness that the UK would be leaving the European Union.

His comments follow elections to Stormont which saw the Unionists lose their majority. More importantly it highlights a considerable misunderstanding of the Good Friday Agreement on the part of the leader of the opposition.

Under the terms of the agreement, only the Northern Ireland Secretary, by laying proposals before the UK parliament can trigger such a referendum.

Writing for the Belfast Telegraph, Dr Tom Kelly, chair of the Stronger In Europe campaign in Northern Ireland, has some bullish observations to make on the triggering of Article 50.

On the splits emerging across the UK he warns:

“Theresa May now tries to cover up the divisions within the United Kingdom using regional photocalls as a fig leaf for meaningful engagement.”

“To now expect the people of Northern Ireland to reject their democratically arrived at decision to remain in the European Union and to surrender or subsume it for the benefit of some kind of heroic self-defeating exercise like the Charge of the Light Brigade, on behalf of a section of society that does not share our best interests, is very typical of John Bull-type bombast.”

2 Responses to “Unity? Theresa May didn’t consult Scotland and Wales on Article 50 letter”