A new report explodes some myths about low-income households 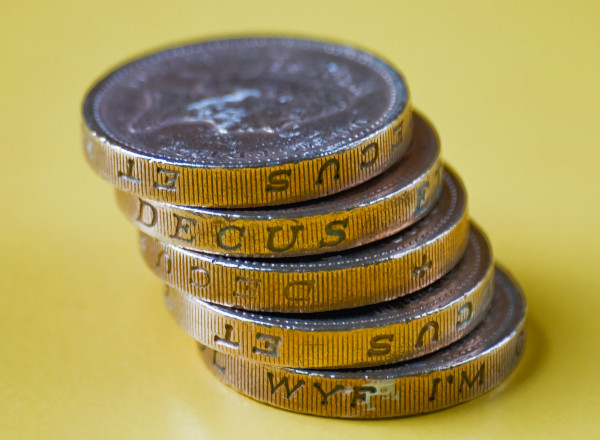 Today sees the publication of a new report by Toynbee Hall looking at the informal savings habits of low income households.

In the report we find that low income households employ various informal financial savings techniques that help them to be more financially resilient, particularly with budgeting and preparing for unforeseen expenses.

You might find this a rather obvious statement. If so, it’s not you I’m trying to convince. The interviews and statistics you’ll find in the report will hopefully put paid to the pervading myth that low income households are in the situation they are because of a series of errors of their own making.

Informal savings techniques of the sort I find in my report do not show up on official statistics, and very often are hidden.

Money in jam jars, letting current accounts mount up, careful shopping and budgeting; because evidence for these things are harder to find it becomes too easy to assume low income households aren’t saving at all – or are not motivated to save for any particular reason.

Another aim of the report was to show that saving money is not always the right thing for an individual in a particular financial circumstance to be doing.

Here are two examples from our qualitative evidence that illustrate what I mean:

“If a set amount of money was taken from me at particular periods I wouldn’t be able to do it because I don’t know during the month how much I have. Instead I record my spending every day.”

“I never have enough to save. Before I used to look at my bills, think what I had to pay and set aside a little for something I wanted that I had my eye on. Now there is no spare money. I’m paying different bills at different times. If they were to ask for all their money on the same day I’d be ruined”.

These stories remind me of a woman I spoke to who provided financial education courses in the South West. She told me that during her courses she teaches people to be good budgeters, to cut down on unnecessary spending, all the correct things to do in their situation.

But there does come a point where this doesn’t work anymore – when the person isn’t just choosing between heating and eating, but isn’t doing either.

‘What do I tell someone who has nothing?’, she said.

The Money Advice Service carried out a survey of UK households in 2015 and found that one in 10 people, or five million British adults, have less than £10 a month left over once they have paid their essential bills.

It would be reasonable to recommend to someone in this situation that they look at what they are spending, to see if they can make any cost reductions.

However, depending on the specifics of their situation, it is very unlikely that saving money is going to be beneficial if £10 is all that’s left after essentials, especially if putting aside money in savings is going to lead that person to borrow later down the line.

Don’t get me wrong: if they had £10 to save that would be a different story. One conclusion from my report is that making small savings is better than nothing to help build up a buffer against unforeseen and unexpected costs.

But if someone has only £10 after essentials, and they risk borrowing money, then it would be better to encourage that person to avoid getting into debt.

On the subject of money saving, behavioural psychological research has reflected on ‘situational cues’ as a way of encouraging good financial behaviours.

Academics Lally and Gardner for example discuss ‘implementation intentions’, which are the ways in which we are motivated to do something that can be prompted by ‘heightening the accessibility of the chosen situational cue in memory, and forging a cue-response association that is activated when the cue is encountered.’

In other words, if we increase the number of things in our lives that remind us of the need to save money, for example spending money as a ‘cue’, then this should increase this behaviour.

One potential risk, however, is that when we have increased the number of ‘cues’, then this starts to interfere with our capacity to know when it is appropriate or inappropriate to save money.

That’s why I use the phrase ‘responsive habitual savers’ in my report: this describes people saving money for the future, but also being empowered to respond to their particular financial situation and work out whether making money savings is right for them or not at that moment in time.

There are a lot of myths about low income households and how they manage money today, but if you dig deeper you’d be amazed at how untrue those negative myths are – even as the current socio-economic climate in the UK throws them hither and thither.

The report Saving for the Future will be launched on Thursday from 6pm at 60 Victoria Embankment, EC4Y 0JP. For more information click here.

2 Responses to “How do we help households save money when they have nothing?”