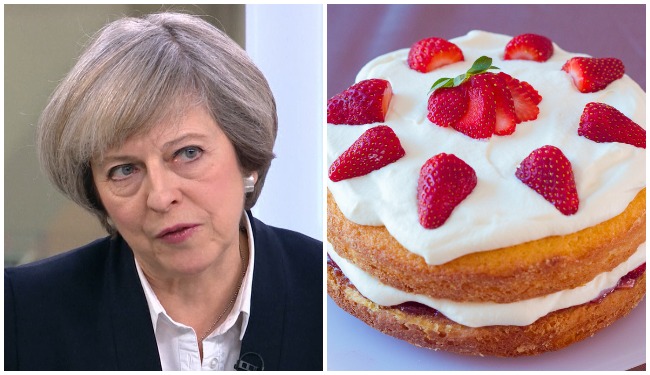 Theresa May wants to have her Brexit cake and eat it. How’s that going?

Back in January, May was asked at PMQs whether Somerset-based dessert company Ministry of Cake’s deal to be consumed by French rival Mademoiselle Desserts

Our Brexiteer PM agreed, saying the deal showed there was confidence in ‘the future of our economy, the fundamental strengths of our economy’.

He adds things will only get worse:

“It’s a concern for the wider food industry, which has always used an element of foreign workers to fill the vacancies.”

Read the whole thing in the Financial Times.

British workers (who don’t want or can’t do the job) for British cakes (which people can’t afford to buy)!