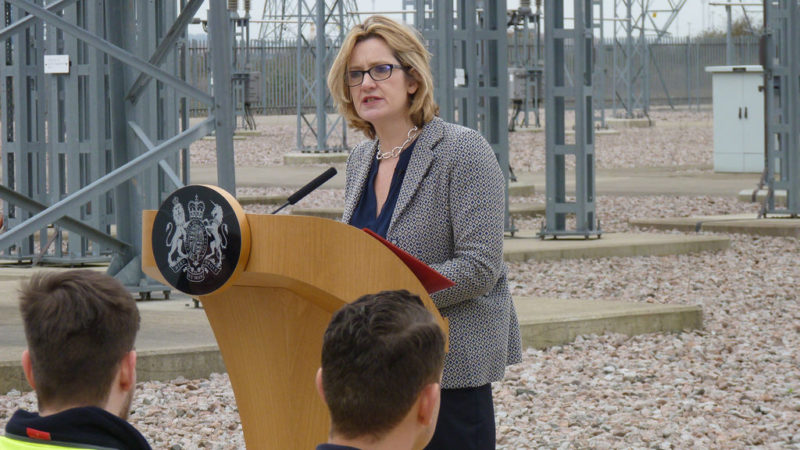 After her web-savvy talk of ‘necessary hashtags’ and a ‘back door’ to WhatsApp messages, Home Secretary Amber Rudd has come under fire over a ‘rushed-through’ consultation on changes to government spying powers.

Lawyers, civil liberty groups and trade unions slammed the lack of transparency in Rudd’s changes to the Codes of Practice for the Investigatory Powers Act, writing her a letter demanding a proper consultation.

Signatories include Index on Censorship, English Pen, Reporters Without Borders, the National Union of Journalists, Article 19 and Liberty.

Thomas Hughes, Executive Director of Article 19 and one of the signatories, said:

“The Home Office has made it near impossible for any meaningful scrutiny, despite [the Codes’] complexity.

The five Codes cover interception of messages and phonecalls, national security notices, bulk acquisition of data , interfering with equipment such as phones and laptops, and security services keeping hold of and using this information.

But the public were given only six weeks to respond to 400 pages of legal text with a brief explanation of what they say, in what the signatories call a breach of Cabinet Office guidelines.

Rudd has also made changes to the Codes since drafts were shown to parliament which campaigners say have ‘watered-down’ some protections of peoples rights, yet these have not been flagged up in the new Codes.

“Amber Rudd wants to be trusted with even more powers to remove security at WhatsApp, yet she is running the flimsiest possible consultation process for her existing powers, designed to stop people from understanding whatever she is proposing.

She has also failed to explain to parliament in what way she has changed the Codes from the drafts she showed parliament.

The changes we have detected include watering down strict obligations given to the agencies to more general guidance, by changing words like ‘must’ to ‘may’.”

Cabinet Office guidelines say consultations should ‘give enough information to ensure that those consulted understand the issues and can give informed responses’.

The letter’s signatories called on the Cabinet Office to publish more details on the codes, including about the changes to the draft seen by parliament, and a full three-month consultation briefing lawyers and civil society groups.

“We remain extremely worried by the implications of the Investigatory Powers Act for investigative journalism in the UK.

The Home Office’s approach to the consultation on the proposed codes of practice presents further cause for concern.”

She added: ‘Civil society must be given the chance to meaningfully engage on these proposals, in the interest of transparency and accountability.’

The Home Office was forced to publish the Codes of Practice after the independent Investigatory Powers Tribunal ruled documents on the use of surveillance must be made public.

See: WhatsApp: All the ways Amber Rudd can already get into a terror suspect’s phone