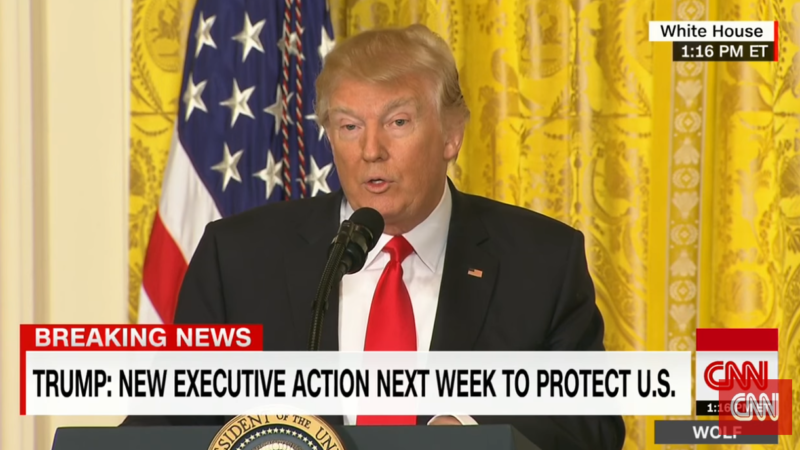 “He said he was gonna ask a very simple, easy question. And it’s not, its not, not — not a simple question, not a fair question. OK SIT DOWN……..So here’s the story, folks. Number one, I am the least anti- Semitic person that you’ve ever seen in your entire life. Number two, racism, the least racist person…..QUIET, QUIET, QUIET.”

That was Donald Trump’s answer to a Jewish reporter asking about the recent rise of anti-Semitism in America.

He let his guard down yesterday at his extraordinary press conference, and we saw the real Donald Trump shine through, the bully, full of lies, prepared to forget legality and decency and act like an ‘unhinged‘ mob boss talking on and on about the ‘lack of respect’ he is getting.

For those who have done their background reading on Trump, Trump the Mobster would not have come as a surprise.

Donald Trump’s actual links to Mafia are well documented, from his close mentor Roy Cohn, the lawyer who was the  gateway to the New York mafia, to working with ‘Fat Tony’ Salerno, boss of the Genovese crime family, and Paul Castellano, head of the Gambinos in the building of Trump Tower, to his close friendship with embezzler Joseph Weichselbaum  who ran Trump’s personal helicopter service and ferried his most valued clientele, the list goes on and on.

His conduct would also not be a shock to anyone who has a passing understanding of his history of property development, in particular, his building of his golf course in Scotland so memorably documented in ‘You’ve Been Trumped‘.

All the many books on Donald Trump’s life all point to his other mob characteristic of reacting to any perceived personal slight with an attack coupled with  his total encompassing desire for vengeance.

It’s a dangerous characteristic in a property developer and TV star, but totally frightening for the Commander in Chief of the most powerful army ever assembled. Something the world needs to be prepared to react to and condemn.

Our only hope is that his other mobster-like obsession — money — will come back to haunt him. His Russian connections and still unreleased tax returns still have the legs to bring him down.

Let’s hope that this happens before President Soprano goes on a hit that the world will regret.

See: Donald Trump has crossed the Rubicon – none of us can afford to stand by