A progressive alliance is impossible under these circumstances 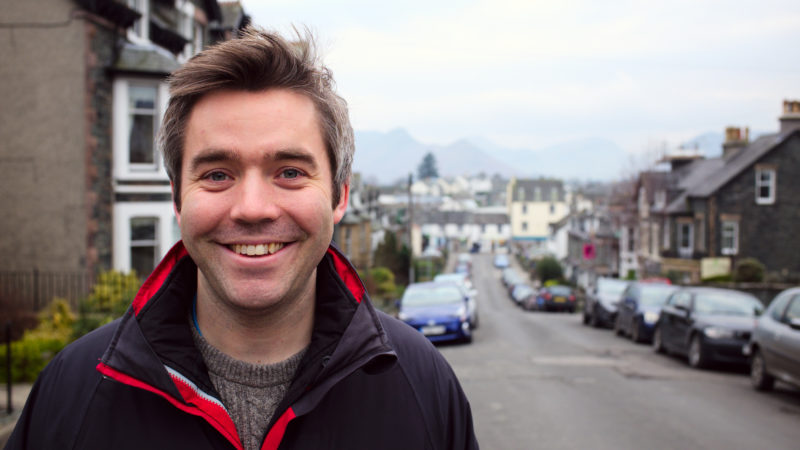 On Friday 13 January the Green Party announced it would stand a candidate in the Copeland by-election, a decision reached by the local party. Within minutes of the announcement onlookers on social media questioned why there was apparently no progressive alliance for the seat.

This built to a crescendo when Jonathan Bartley, co-leader of the Green Party, spoke about the benefits of progressive alliances at the Fabian Society New Year conference the next day.

Wasn’t it hypocritical of Jonathan to be promoting the concept of an electoral pact while his party stood against them, Labour activists said? In my opinion, absolutely not.

There are many things that a progressive alliance might be, but it is not simply the Greens standing down. On the contrary, it’s about standing up for what we believe and especially for a fair voting system in which every vote counts.

Any serious electoral alliance in which the Greens might participate has to put that centre stage, and there has to be a clear and active commitment to working for it by all involved.

Let’s examine the facts a bit closer. Despite Jonathan and Caroline Lucas making it clear that Greens are always open to talking, no-one from Copeland Labour reached out to ask us not to stand, or to back their candidacy. Neither, for that matter, did the West Cumbria Liberal Democrats.

So why aren’t the Greens taking the moral high ground and demonstrating how an alliance might work? Well, we considered it. Many members were conflicted about potentially splitting the progressive vote, so it came down to a few key issues.

First and foremost is the elephant in the room – nuclear. A lot of misinformation has been spread about the state of nuclear power in Copeland. While many are suggesting an anti-nuclear stance will hurt jobs in the region, news outlets including the BBC keep suggesting there is currently an active nuclear power plant in Cumbria. Neither are true.

No nuclear power is generated in Cumbria. In fact Sellafield is home to Windscale – the worst nuclear disaster ever to have occurred in the UK. Since the accident in 1957 a decommissioning process has been under way.

The site is home to extremely dangerous waste materials and will provide employment for hundreds of years. No matter how green anyone is, it simply isn’t possible to ‘close’ Sellafield, as some scaremongers pretend.

Distant commentators seem to think the residents of Copeland have a romantic love affair with nuclear power. Obviously given the above, they don’t. However, and despite what has happened at Windscale, there are plans for a new nuclear power plant at Moorside – part of the Sellafield site (n.b. not “Moorfield”, as both Andrew Marr and Jeremy Corbyn said on Marr’s show).

The Moorside planning process has been blighted with incompetence and the project, NuGen, is scrambling around for new investors with the new plant in jeopardy. Even the local Labour council leader has said it can’t support the project without more investment in infrastructure for the site.

Of course, there are also the very legitimate Green reasons for opposing new nuclear power. There are massive public health risks if the plant were to fail (as Copeland knows all too well), from the radiation any nuclear plant will produce, and there is the matter of disposing of highly toxic waste.

Then there is the fact UK peak energy use has been in decline since 2007, and the national grid may well not need the additional power by the time any power plant does come online – in the mid-2020s at the earliest. This point is bolstered by the fact we could, and should, instead be focusing on making buildings more efficient.

And finally there is the fact there are better renewable alternatives capable of bringing more jobs to the region: Tidal Lagoon Power – the company behind the new tidal lagoon in Swansea Bay – has already carried out much of the preliminary work necessary in establishing a similar project in West Cumbria.

I hope you can see that an anti-nuclear stance isn’t quite the suicidal move the mainstream media are suggesting. And yet despite this, Jeremy Corbyn has apparently abandoned his anti-nuclear position, and the Labour message is that they love nuclear power. The Liberal Democrats have also given new nuclear power in Cumbria their blessing.

Under such circumstances, it is simply impossible for the Greens to ally with either party.

The nuclear issue aside, we obviously have areas of agreement with both Labour and the Liberal Democrats. Chief is to save West Cumberland Hospital from losing vital departments such as its consultant-led maternity ward.

North Cumbria University Hospitals NHS Trust has been in a pretty dire financial situation for some time – the situation is very distressing and the only solution is funding.

So is it wrong to stand a candidate when so much is at stake with the local hospital Again, in my opinion, sadly not. Jamie Reed’s record of defending local services is pretty poor. I do not see the election of a new Blairite Labour MP in Copeland as a guarantee we won’t see the situation continue to worsen.

Much of the groundwork for what we are now seeing happen to the NHS was laid by the Labour government that Jamie Reed ardently supported during his first term as an MP for the constituency.

To return to the beginning: Labour activists seem to think we should simply stand aside. A number have mocked the Greens, sniggering at the size of our parliamentary representation and joking that they’ll lose ‘tens and tens of votes’ to us. We are, apparently, Schrödinger’s party: simultaneously so irrelevant that no-one should care what we do, while also irresponsible for splitting the progressive vote.

My belief is that under such circumstances, we had no choice but to stand. In the vein of seeking a progressive alliance, I am afraid to say we have to be cruel to be kind.

And if Labour lose the seat by a margin smaller than the number of seats we gain, maybe they will start taking us, and a progressive alliance, seriously. If we had decided to stand aside, no-one would have noticed or cared.

This is why I voted for us to stand in Copeland, and I was proud to be among an overwhelming majority of fellow members of my local party. If you live in Copeland, I hope I can convince you to vote Green on 23 February.