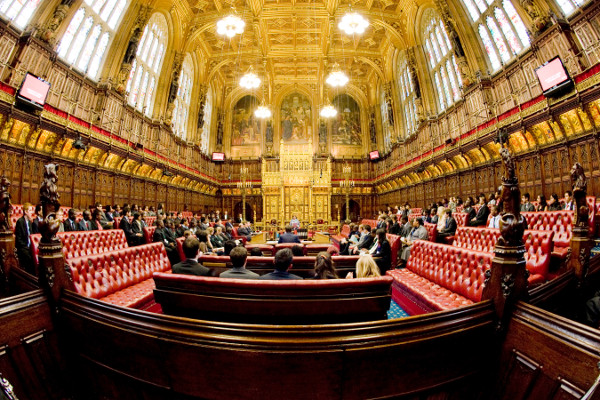 It’s fair to say that how constitutional change happens in the UK is something of an oddity. Without a codified constitution, parliamentary democracy stretches and adapts, creaking with new ways of doing things in an increasingly federal set-up.

A couple of examples: the five-year Fixed Term Parliaments Act slipped through without much controversy, as part of a hastily concocted coalition programme for government. It’s now described by some as most profound constitutional change in decades.

Devolution was implemented in a more conventional fashion, with Labour’s 1997 manifesto commitment followed by the creation of new Scottish and Welsh institutions within two years of being elected.

But far from devolution ‘killing nationalism stone dead’, it has proved to be a dynamic process rather than an end point. It has become a fixture of our democracy.

There is no textbook approach to constitutional reform. Each one comes out of different cocktail of politics, luck and the mood of the day.

So when it comes to Lords reform, it’s anyone’s guess as to what will trigger the finishing of Blair’s reforms. But the BBC’s new Meet the Lords series could actually, bizarrely, be the start of that unravelling.

It’s true that Conservative governments don’t tend to come in with major proactive constitutional reform programmes. But while currently described as ‘not a priority’, reform can come from unexpected places. And if ‘take back control’ is to mean anything, it could come from the Conservatives.

As the most degraded part of our constitutional set up, Lords reform is unfinished work. It is bogged down in the bitter politics of the coalition government. But the behaviour unearthed by the BBC’s documentary could be the straw that breaks the camel’s back.

The revelation from the former Lords’ speaker Baroness D’Souza that a Peer left a taxi running outside parliament while he went inside to register for his daily £300 allowance are among one of the findings that could take us near the ‘tipping point’ for change. There are three reasons why.

Checks on the Commons and the Executive should be legitimate, not based on how many Peers a government can pack the upper house with in their term.

We have the worst of all worlds at the moment: we end up with a non-government majority chamber (a good thing for democracy) but without any real legitimacy because it’s not based on what the public actually want or who they wish to represent them there.

It must be said that reform (of sorts) was already on the cards before this latest scandal – because as the second largest chamber in the world, the Lords’ size is unsustainable. But these latest revelations must surely set the government on the path of an elected chamber.

What must not happen is a Very British Fudge – creating a smaller, bargain-basement chamber that fails to tackle the basic lack of accountability.

That option risks keeping all the same problems of representation, legitimacy and public distrust, and wastes the first opportunity to put ‘taking back control’ into practice that the government have.

Instead, a second chamber that represents nations and regions is a solid foundation for working out where powers lies once repatriated from Brussels.

Capable as we are of allowing outdated practices to limp on, the annual scandals have taken their toll on our archaic and ballooning second chamber, with the BBC’s very balanced Meet the Lords series adding more fuel to the fire.

So despite the clunking, piecemeal nature of constitutional change in the UK, it’s only a matter of time before the pressure for change becomes irresistible. Then, the enormous rock that is the British constitution will start to roll again.

One Response to “Peers behaving badly: Will the ‘taxi cab’ scandal be a tipping point for reform?”