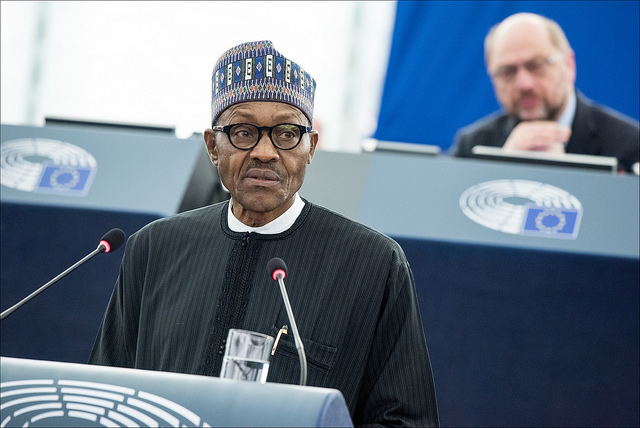 ‘Congratulations to our governor on his first year in office,’ reads the vast hording by the main Abuja-Jos road. A chubby-cheeked man with perfect teeth beams down on passing motorists. You don’t need to read the small print to know the poster was paid for by the businessmen who bankrolled the successful candidate.

Fifty miles further along the same road another benevolent ruler favours travellers with his cherubic grin. ‘My heart goes out to all the people of south Kadema,’ reads the inscription. Meanwhile, his grateful voters carefully negotiate the atrocious highway between Nigeria’s capital and Jos, a city of nearly a million.

In the words of a local journalist:

“We ignore the government, state and national, as much as possible because it does nothing for us. There hasn’t been running water in Jos for thirty years, and we have power cuts all the time. The schools and hospitals are in poor shape, and bureaucrats take the salary of goodness knows how many ghost employees.”

According to the journalist, an educated middle class native of Jos can expect to make about $1,200 a year; his or her state assembly member will enjoy $900,000, including salary, car and allowances. Even if northern Nigerians weren’t coping with terrorism — Boko Haram has killed and displaced more people than Al Qaeda and ISIS, the jihadists who inspired them — Nigerians would have good reason to complain.

According to Human Rights Watch, one state spent 2.4 per cent of its revenues on maintaining its crumbling primary school infrastructure while 30 per cent went on salaries and expenses for the offices of its chairman and legislators.

Another local government chairman spent huge sums on a series of non-existent projects, including a ‘demonstration fish pond’ with neither water nor fish, and a ‘soccer academy’ that was never built. Yet another budgeted for 100 ‘functional committees/protocol officers’ whose responsibilities were unclear; their salaries exceeded those of all the local government’s health sector employees.

In addition, Nigeria’s politicians steal an estimated six billion dollars of oil revenues each year. Nuhu Ribadu, the head of Nigeria’s anti-graft agency, estimated in 2006 that since independence $380 billion has been stolen or wasted by the elite.

The poverty rate was 28 per cent in 1980, and it is now 68 per cent. Nothing has changed since 1983 when Nobel laureate Chinua Achebe wrote, ‘The trouble with Nigeria is simply and squarely a failure of leadership. There is nothing basically wrong with the Nigerian character.’

An Anglican priest in Jos offered this analysis:

“We have no instruments of accountability. The rot set in when the military took over, shortly after independence. We then had decades of their incompetence and thieving. People here became conditioned not to challenge authority. They were afraid to ask where the oil revenues had gone, or why leaders took such high salaries. Now, thankfully, the military has gone, but the culture of entitlement continues. People haven’t got used to casting aside their fear and the habit of self-censorship.”

According to Boko Haram-chronicler Mike Smith, terrorism is a by-product of Nigeria’s corroded politics. Politicians in the north-east created private militias to fight their struggles in the streets, intimidating voters and election officials. Then, after the elections, the politicians stopped paying the militias, leaving violent, unskilled young men ripe for recruitment by religious extremists.

Such is the West’s lack of interest in Africa, Boko Haram is only mentioned when one of the 273 Chibok girls, kidnapped in 2014, reappears. This chilling but not unusual escapade was made famous when Western politicians and celebrities tweeted about it (#bringbackourgirls).

Sadly, the hash-taggers ignored the previous and subsequent massacres of schoolchildren, teachers, polio vaccination workers, clerics, Christian congregations, and security forces. Also largely unreported are the thousands of Muslims slaughtered by Boko Haram because they dare to disagree with the group’s fundamentalist ideology.

Officially, the nationwide death toll is 20,000, but when I visited the so-called Middle Belt of Nigeria in November 2016, I was told 20,000 had been killed in Jos alone. The government’s reluctance to admit the toll taken by their home-grown terrorists is indicative of their denial and, until recently, indifference.

President Buhari claims Boko Haram has been ‘technically defeated’. Yet, the attacks continue, driving an estimated 2.6 million Nigerians to flee Borno state, Boko Haram’s hub. The region is on the point of famine because the constant threat of attack, and landmines, prevents farmers getting to their fields.

I interviewed village leaders near Jos who said they phoned for help constantly while their communities were under siege, only to be repeatedly ignored by the security services.

“We were phoning all night while Boko Haram killers worked their way through our village. Finally, as the sun came up, the army arrived, took a look at all the dead bodies and then brought us a mechanical digger so we could dig a mass grave. Then they went away again, asking us to call them when we’d finished with the digger.”

Human Rights Watch alleges that when they finally do show up, soldiers are reputed to harass and kill Muslim citizens, thereby stirring up anti-government feeling, reinforcing Boko Haram’s recruitment message: ‘Christians are evil, only we are good and pure, education is a Western abomination, as is democracy.’

In Mike Smith’s study of the terrorist group, he accuses former President Goodluck Jonathan and his cronies of leveraging the suffering caused by Boko Haram to their own partisan ends.

Having ignored the rebel insurgency in north-eastern Nigeria for years, Jonathan finally responded, first by saying the Chibok abductions were a hoax, then by blaming his opponents for Boko Haram’s activities, suggesting political enemies were engaged in a conspiracy against him. His wife allegedly tried to have the protesting Chibok mothers arrested, accusing them of trying to sabotage her husband’s re-election campaign.

A more profound cynicism lies behind the rise of Boko Haram; the marginalization of the country’s poor north-eastern states. The Nigerian Government’s own White Paper concluded that Boko Haram ‘draws the bulk of its membership from…the vast army of unemployed youths, school drop-outs and drug addicts that abound in the affected areas.’

Boko Haram’s victims are also poor, mainly from the north, and therefore unseen by the bloated, super-wealthy elite running Nigeria. In sophisticated Lagos, the commercial capital in the south, 92 per cent of women are literate, while in the north-east only 10 per cent are.

Despite astonishing oil wealth, Nigeria scores abysmally on the UN human development index, coming 153 out of 187 countries. While the government devotes 20 per cent of its budget to the military, it spends only 1.9 per cent on education. And while 50 per cent of people have access to electricity, power cuts are so frequent they jeopardize anyone trying to run a business involving machinery.

In Nigeria, 68 per cent of people live on less than $1.25 a day, yet almost everyone can watch Nigerian soap operas at their neighbourhood bar, witnessing how wealthy the big city elite is. No wonder there is resentment, coupled with a sense that the political class is beyond redemption.

Local leaders explained that there used to be manufacturing in the north, but jobs vanished when the World Bank and International Monetary Fund demanded an end to subsidies and tariffs. China promptly dumped its heavily subsidised products on Nigeria, thereby destroying local firms who could not compete with the artificially low prices of Chinese goods.

Once the local textile, flip flop or bike factory was out of business, the Chinese then raised their prices, they said. The West also dumped its agricultural produce on Nigeria, often in the name of ‘aid’, bankrupting local farmers. Add to this the intolerant Muslim clerics preaching Wahhabi-Salafi ideology, funded by wealthy individuals in the Gulf, and the conditions were ideal for insurgency.

Set against these challenging circumstances is the resilience of the Nigerian people, who often emerge as among the world’s most optimistic citizens in surveys.  Conditions in internally displaced people’s camps in the north east are famously abysmal, with women exploited by security services if they wish to move around freely.

Many prefer to travel hundreds of miles to stay with extended family. In the words of a women’s rights campaigner, ‘at one point I had 36 people staying in my courtyard, but each day they went out and found some way of earning a living, selling matches or cleaning houses. And they saved their money and now they’re renting homes and starting their own businesses.  They’re stoic people but they won’t be going back to the north east any time soon.’

Nigeria’s most generous donors are the USA, the UK and the EU. Aid should be contingent on sustained and demonstrable progress in tackling corruption at state level, as well as nationally. Stolen assets and funds in overseas jurisdictions like London should be identified and returned to Nigeria.

In exchange, the rule of law should be applied to improve counter-insurgency, ensuring the tactics used do not exacerbate grievances. As part of the international community’s efforts to prevent the spread of radicalization Nigeria’s military and security services should be helped with training, intelligence, surveillance, and communications equipment.

In addition, those displaced in the north east urgently require humanitarian aid, and access to education and health facilities. To abandon them is to ensure that Boko Haram and other ethnic-based insurgencies can more easily recruit rank-and-file supporters to a cause that knows no borders.