The Brexit secretary tried to kiss Abbott, then 'walked off laughing' 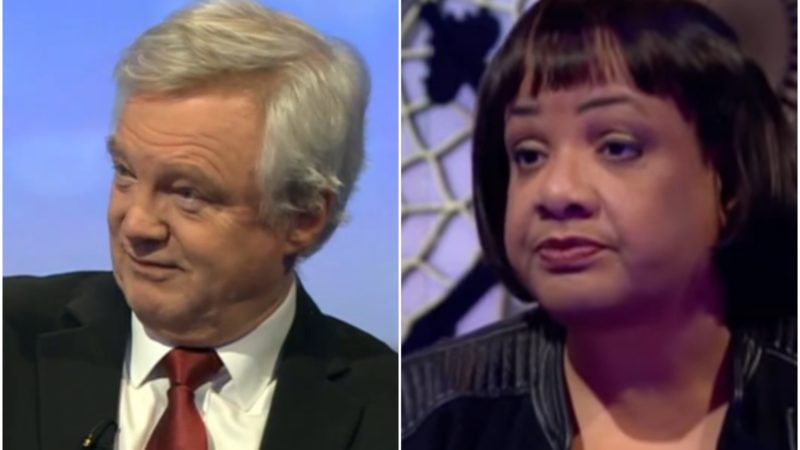 It’s well-known that sexual harassment is part of the fabric of Westminster, with it’s late-sitting hours, lack of normal professional oversight and numerous on-site bars.

And while junior staff members are thought to be most vulnerable, the most senior women on the estate are by no means exempt, as an incident reported last night shows.

In Strangers bar tonight, David Davis tried to give Diane Abbott a kiss. She recoiled and told him to fuck off. He walked off laughing.

This morning, the story has been treated as a joke by several outlets, or at least as a harmless piece of political gossip.

His behaviour is offensive and disrespectful to Abbott — who has repeatedly been a target for sexism and racism — but it also raises serious questions about Davis’s attitude to women generally, and his treatment of younger, more vulnerable women he encounters.

For those young women, who put up with sexism for fear of losing out professionally if they complain, the message this gives is that there’s no level of success that will shield them from the lecherous and powerful men of Westminster.

One of parliament’s longest sitting members? Doesn’t matter. Shadowing on of the great offices of state? Doesn’t matter. There will always be someone who’s willing to humiliate you then ‘walk off laughing’.

In yesterday’s debate, Conservative MPs were outraged to hear Jess Phillips criticising the Tories’ record on inequality, and jumped to defend their supposedly feminist prime minister.

If Theresa May wants to prove her commitment to women’s rights, she should start by getting her own house in order.