Labour must have a post-Brexit strategy for the 2020 election 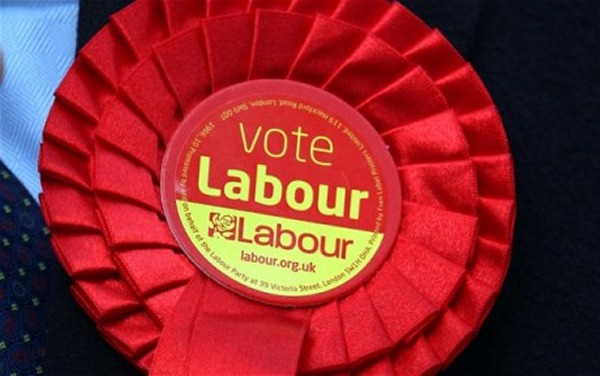 I sometimes feel that Brexit is a huge weight that sits on our politics pulling the political universe out of shape. Like a massive gravity well Brexit distorts all nearby issues and political discourse.

For example, all new economic data are scanned for evidence of the impact of Brexit. If investment falls it is credited to policy-related uncertainty, even though investment is at unusually low levels already. If living standards stagnate then the culprit is inflation caused by a fall in the value of sterling. The restraints on wage rises escape blame.

Suddenly in foreign affairs the top issue is trade deals; not trade which continues as before but agreements on ‘free trade’. When the prime minister met with the presidents of the US and Turkey, it seemed that trade deals overshadowed the many complex issues in these important relationships.

Changes to public spending are seen as responses to Brexit, rather than the choices of a new chancellor aware of his predecessor’s failure to meet debt and deficit targets. Reform of finance is forgotten as, post Brexit, preserving the banking passport overtakes the need to regulate it.

The crushing weight of Brexit sits most agonisingly on the Labour Party. Many party members and supporters want to resist leaving at any cost. For them Europe embodies values of openness, solidarity and internationalism that are fundamentally Labour’s.

At the same time other party loyalists worry that Labour has lost touch with the concerns of many working people who no longer feel engaged in or represented in the country’s policy process. From this perspective respecting the referendum result is an essential first step to rebuilding Labour’s winning coalition.

Finding a space that unites and champions both strands is the challenge facing Labour today.

Before the obituaries are written, here is one hopeful thought. While leaving the EU will weigh on politics this year and next, and possibly into 2019, the election in 2020 will not be fought on Europe.

By 2019 the exit deal will most likely be sealed and the outline of Britain’s future relationship with the EU will be known. Europe will still present issues but it will no longer dominate the conversation.

Theresa May might hope to sweep the election as the prime minster who achieved Brexit. However elections called on one topic are often settled on a different question altogether. The recent Richmond by-election is a good example. The idea of an election to show opposition to Heathrow expansion barely lasted the first week of campaigning.

Ms May will find that voters are less motivated by gratitude than by self-interested hopes for the future.

This is the opportunity for the Labour Party. Winning an election is often decided by which party can determine the agenda. The party which brings the focus on to an issue which both resonates with voters and which plays to its natural advantage has the best chance of success.

In the aftermath of leaving the EU, Labour needs to turn the national conversation to those concerns where Labour is most trusted.

We can’t yet say what that new agenda will be. It may be restoring public services — from policing and prisons to social care and hospitals — after a decade of austerity. It may be modernising the economy with an industrial strategy and workplace democracy. It may be a housing revolution making home ownership and long term renting viable choices. It may be driven by events as yet unforeseen.

While Brexit exercises its gravitational pull, it will not be possible to shift the discussion. Indeed, it would be wrong to try. For now there is important work to be done holding the government to account on its exit strategy. Labour must seek to preserve the best possible relationship with the EU not just economically and commercially but also on security, diplomacy, science, culture and people to people contact.

One step we can take however is to avoid seeing the impact of Brexit in every development. Inflation at two to three per cent is not a disaster but it is an opportunity to talk about wages and the need for working people to have a fair share of growing national income.

Low investment has many causes, singling out ‘uncertainty’ misses the chance to point out the long term failure to invest and the need for more interventionist industrial policy. If growth falters it might be a delayed reaction to the referendum result, or it might be caused by the productivity problem to which the government has no solution.

Realising that the dead weight of Brexit will not oppress us forever does not help us to find a way through these difficult years. However, the awareness that he battleground of an election in 2020 will be on different territory from today should inform political strategy and future policymaking.

It might even set free a little hope into the political universe.

See: Did the experts really predict a post-Brexit recession?