'Climate change is not a hoax invented by the Chinese' 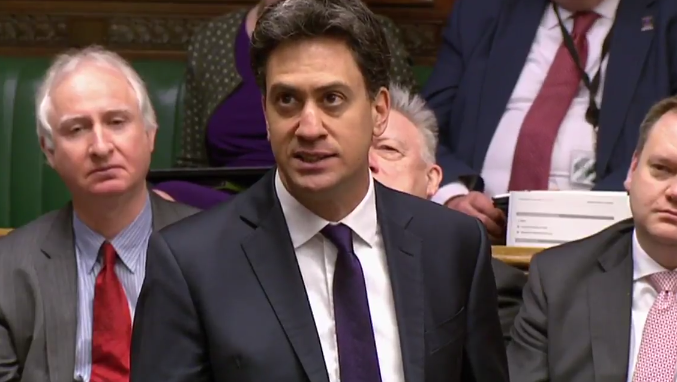 Ed Miliband has called on Theresa May to raise the issue of climate change with US president Donald Trump when she meets him on Friday.

At PMQs, Miliband warned the prime minister that as the first foreign leader to meet with the president, ‘she carries a huge responsibility, on behalf not just of this country, but the whole international community.’

“He must abide by, and not withdraw from, Paris Climate Change Treaty” @Ed_Miliband

“Climate change is not a hoax invented by the Chinese” pic.twitter.com/whDc5nSScj

Since stepping down as Labour leader in 2015, Miliband has become one of parliament’s leading voices on climate change, particularly with regard to the Paris Agreement. Trump is a known climate change denier and has threatened US withdrawal from the climate change accord.

Since taking office on Friday he has approved the revival of the Keystone and Dakota Access pipelines, against the wishes of local communities. His administration has also instructed the Environmental Protection Agency to remove the climate change page from its website, and has restricted communication on climate issues by government agencies.

Responding to Miliband, the prime minister said she ‘would hope that all parties would continue to ensure that that climate change agreement is put into practice’.

Translation: she won’t be raising it on Friday.