Campaigners back petition against US President's state visit 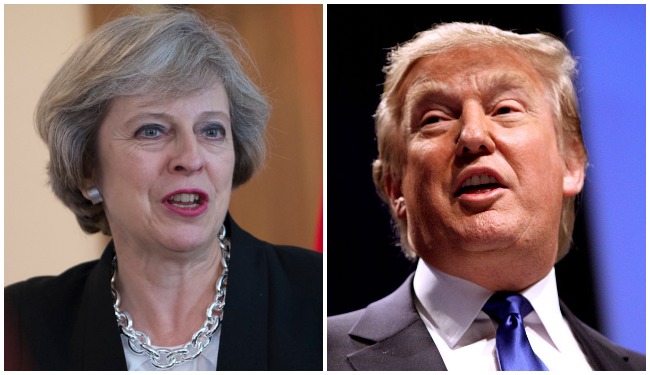 Rethink Rebuild Society is a non-profit umbrella organisation for the Syrian community in Manchester. Here is it’s full statement on the UK government’s response to US President Donald Trump’s travel ban:

The UK Syrian community unequivocally condemns US President Trump’s recently announced executive order, which places a ban on individuals from seven majority Muslim countries—including Syria—from travelling to the United States, in what has been termed his ‘Muslim ban’.

This executive order is not only discriminatory, but it also alienates and stigmatises entire sections of the US and world populations at a time when it becomes more and more imperative that communities stand together in solidarity to address global threats, including the Syrian refugee crisis and the threat of terrorism.

We fear that this executive order will have a reverse effect of fuelling hate and inciting terrorism in the UK and across the world, as we have already seen by the terrorist shooting at a Canadian mosque on 29 January which killed six worshippers and injured an additional eight.

Such potential ramifications were stressed by US Republican Senators John McCain and Lindsey Graham who argued in a joint statement that Trump’s Muslim ban could ‘become a self-inflicted wound in the fight against terrorism.’

We are also concerned about the repercussions that Trump’s Muslim ban will have against Syrian refugees who fled the Syrian conflict under the worst imaginable conditions – arbitrary arrest, torture, constant bombardment, and relentless siege.

This group deserves compassion and assistance from Western countries, not to mention that many have fled from the very terrorism which Trump has vowed to eradicate. We call upon the UK to echo the stand of Canadian Prime Minister Justin Trudeau by welcoming Syrian refugees banned by the US into the UK.

Amid this nightmare inflicted upon the Syrian and other communities in the UK and abroad, the British Syrian community is disheartened at the UK government’s embarrassingly absent response.

Although Trump’s executive order clearly clashes with purported British values of inclusion, diversity, and equality, Prime Minister Theresa May has yet to offer a formal condemnation of this discriminatory policy. She furthermore refused to call out Trump’s divisive rhetoric in her joint press conference with him on Friday.

We therefore call upon the government to offer a formal protest against Trump’s Muslim ban and to denounce it as discriminatory and counterproductive in the fight against terror.

We furthermore endorse the petition asking the UK government to rescind the official invitation for Trump to visit Her Majesty the Queen until his administration lifts this discriminatory policy.

Rethink Rebuild Society is a non-profit umbrella organisation for the Syrian community in Manchester. It works to clarify the Syrian cause to a UK audience.