The new US president wants to help corporations exploit workers 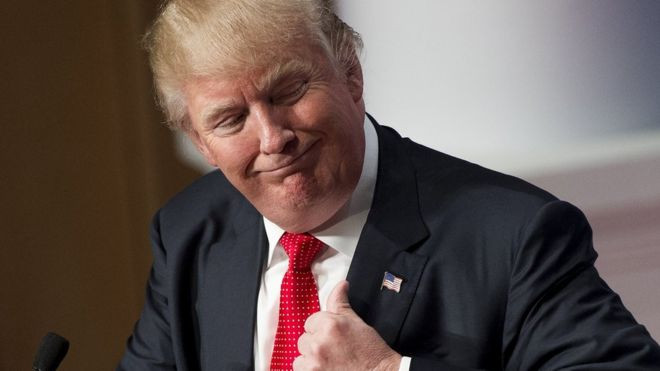 It’s good news that the Trans Pacific Partnership (TPP) is dead. In fact, the toxic deal – a pacific version of US-EU deal TTIP – was already dead before Trump took office.

Popular pressure from trade unions and campaign groups in the US and elsewhere had killed it. Even free-trader Hillary Clinton turned against it during her campaign. So let’s not thank Trump for something which campaigners defeated.

“Now is the time to develop a new trade policy that helps working families, not just multinational corporations. If President Trump is serious about a new policy to help American workers, then I would be delighted to work with him.”

Trump isn’t serious about helping American workers. You only have to look at some of his other proposals – and his business history – to know that. But more worrying still, pitting the interests of American workers against everyone and everything else – workers elsewhere, climate change, public services – takes us in a very dangerous direction.

In the 1930s, many governments responded to the Great Depression by trying to shift their economic problems onto other counties. States pushed up tariffs and quotas, competitively devalued currencies, and underwrote big business monopolies.

These policies aren’t always and everywhere wrong, but in the 30s they were used to promote exports (and national employment) at the expense of imports (and foreign employment). Other governments retaliated in a downward spiral that eventually fuelled the Second world War.

Trump’s economic theory is not so different. He doesn’t object to the impact of TPP (or the North American Free Trade Agreement) on Mexican workers or farmers, or on the environment, or on inequality.

He simply believes American power could be even more blatantly used to force more extreme concessions out of other countries. He believes that the state should work far more closely with big business, in some ways becoming indistinguishable from it.

“I think [Trump] has done a wonderful job pre-conditioning the other countries with whom we’re renegotiating that change is coming.

The [Mexican] peso didn’t go down 35 per cent on accident. Even the Canadian dollar has gotten somewhat weaker – also not an accident.”

Trump is going to use state power to allow big business to even more ruthlessly exploit other countries – not to mention pillaging the environment. No wonder many corporate stocks – fossil fuels, pharmaceuticals, big finance – rose in the wake of his election.

When you figure in the deregulation promised for many of those businesses, some of these corporations will do very well from Trump.

Trade in our world has always reflected geopolitical power rather than being ‘free’. We still ‘dump’ products, pushing subsidised goods onto developing country markets at below the cost of production, and wiping out industries and livelihoods in the process.

We still promote huge monopolies and allow them to hide behind strict and extreme intellectual property rules. Trump isn’t against this. In fact he wants it to go further.

There are different ways of doing trade. Global Justice Now is working on an alternative trade policy which would allow those negatively affected by trade to take action against big business, which would prioritise human rights, the battle against climate change and the growth of public services.

It would help poorer countries to develop skills and technologies and to develop better labour standards.

Trump stands for the complete opposite of this. So let’s celebrate the death of TPP, but be ready to fight Trump’s trade policy just as hard as we’ve fought free trade policies for the last 30 years.

Nick Dearden is director of Global Justice Now, where this article first appeared