Brexit means economic misery, and the prime minister knows it 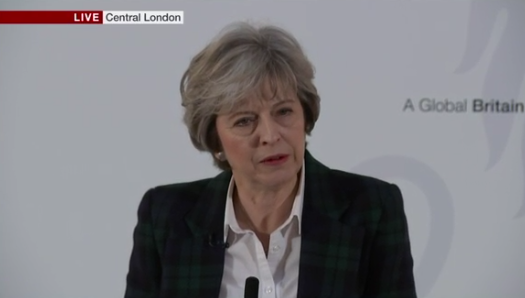 The pound is climbing this afternoon, following Theresa May’s speech on Brexit. In fact, according the Daily Mail, sterling has ‘soared’.

But let’s introduce a little context for that. This is the journey the pound has taken since 23 June: 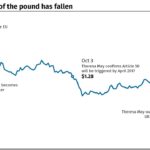 The point is broader: in the last few days (as in the last six months) the government has drip fed information about its major Brexit decision, deliberately dispersing the impact of each statement and normalising catastrophe.

Announcing that Britain will inevitably leave the single market, before the negotiations have even begun, is a disaster for the British economy. Accepting that immigration must trump all other concerns, whatever the cost, is a political failure. Suggesting that Britain may walk away from negotiations with no deal at all — as May has done — shows an astonishing lack of ambition.

Yet the government has diminished expectations to such an extent that instead of getting slammed, it gets to claim credit for fulfilling its most basic responsibilities — like informing the public about decisions that will determine their futures, or giving MPs a vote.

For months, May has promised ‘the best deal for the United Kingdom’, but instead she’s delivered this. It’s a plan that — by her own admission — will leave the country materially worse off. And that’s the starting position, the best-case scenario. We have to assume that some of her ambitions — like associate membership of the customs union — will never actually be achieved.

Set the bar so low that you can’t help but tumble over it — that’s the model of government we’ve had on show today.