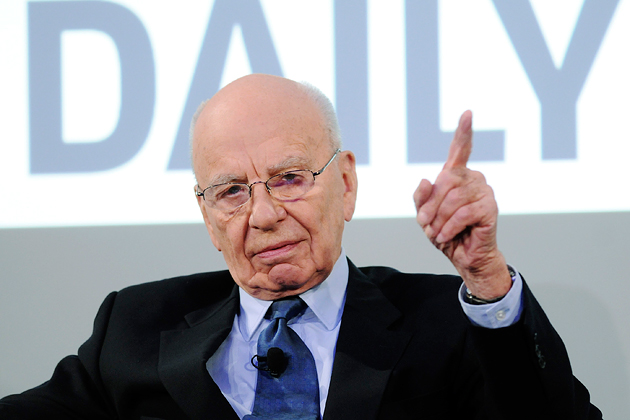 As the government’s consultation on the Leveson Inquiry draws to a close, and as politicians, campaigners and journalists clamour to make the case for how much freedom the UK’s press deserves, one question has been missed – how free is our press?

With the empire of Rupert Murdoch owning one third of our media, how free are the majority of our journalists, really? There is a glaring gap in the Leveson Inquiry which has failed to challenge the power of media moguls.

Whenever media regulation makes headlines, powerful proprietors and journalists are quick to warn of the threat to the freedom of the press.

The loss of freedom that comes as a result of media ownership becoming more and more concentrated, however, is discussed far less – perhaps unsurprisingly considering that these discussions are mediated and managed by the employees of media corporations. The hands of reporters are tied.

If we really want a free press which protects our democracy from propaganda we must break up media monopolies and radically challenge the nature of media ownership in the UK. Our concerns are not about what is said, written or printed – but who controls the organs through which this information reaches the public.

Britain has one of the most concentrated media environments in the world, as highlighted by the Media Reform Coalition, with three companies controlling nearly 70 per cent of national newspaper circulation and five companies in command of 81 per cent of local newspaper titles.

Murdoch’s Newscorp owns a third of weekly (daily and Sunday) national newspapers. When it comes to local press about one quarter of local communities have no daily newspaper at all, while in 35 per cent of communities a single title has a 100 per cent monopoly.

In broadcast media, a single news provider – Sky – provides news bulletins for the vast majority of commercial radio. Sky is also the biggest broadcaster in terms of revenue, by some distance, while the BBC is the largest of the public service broadcasters.

For most people, there is very little choice about how they receive information about the world they live in. This not only limits knowledge, but it also enhances the power of the owners and editors of the outlets supplying the news.

And it means anyone seeking media coverage for important issues or political views is forced to go through a shrinking number of powerful gatekeepers.

Murdoch’s News Corp has a market share of nearly one third, with the Rothermere DMG media controlling another quarter. The Barclay Brothers’ Telegraph group trails in third place with 11 per cent.

While Murdoch is based in the US, Rothermere declares his residence as Jersey for tax purposes, and the Barclay brothers float between Monaco and Sark for the same reason. What is the political impact of having two-thirds of the newspapers read in the UK owned by people who have no stake in our democracy?

This structure of ownership cannot be considered compatible with a media system ‘operating properly and in the public interest’. A full public inquiry into exactly why these powerful men choose to dominate our print media, and whether this has a positive or negative impact on the health of our democracy, is long overdue.

We have no idea what pressure is being brought to bear behind the scenes, but the suspicion is that those who exercise political power on our behalf are giving way to the shady and more insidious power of the media barons.

This means many people live in media ‘echo chambers’, where we only hear views which match our own and reinforce our own view of reality. Democracy is built on debating opposing opinions to reach a shared view of what will bring about the best future, and the abandonment of media outlets which report opposing views is itself a threat to democratic values.

We need to tighten the rules on cross-media ownership – not just the press – and ensure that no individual or company can exercise excessive power. Yet this is no longer enough to protect our democracy against deliberate distortions.

We need a judge led inquiry into these issues if we are to have a fully functioning – and truly free – media environment which can gain the confidence and support of all citizens of the UK.

See new report: Operating properly and in the public interest? The Green Case for Changes to Media Ownership and Control, by Molly Scott Cato MEP

3 Responses to “As Leveson consultation closes, how free is our press?”