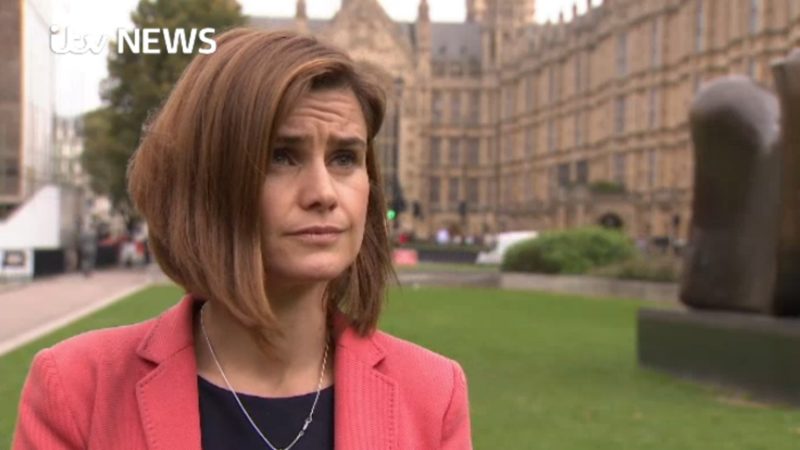 Tis the season for reflection, and also for the silly idea that January 1st will be any different to December 31st, beyond a change in the calendar. (The fetish has taken a bizarre form this year, with people chastising ‘2016’ as if it were a person with agency, such as the power to murder pop stars.)

Some publications have taken to naming their ‘politician of the year’, with GQ magazine choosing London Mayor Sadiq Khan and the The Spectator opting for Prime Minister Theresa May.

Conservative Home founder Tim Montgomerie flirted with awarding the title to Nigel Farage, who managed, as Montgomerie writes in The Times, to ‘deliver the national event of not just this year but of our times’. In the end he chose Boris Johnson, Michael Gove and Gisela Stuart, the more ‘respectable’ leave campaigners.

Across the pond, Time magazine continued its long and sordid record of getting it totally wrong by naming president-elect Donald Trump as its ‘man of the year’. (Time‘s possibly using the ‘m’ of the magazine’s title on the cover to give Trump devil horns does little to mitigate this craven behaviour.)

In the interests of balance then, (and with the disclaimer that the concept is arbitrary and ephemeral), my ‘politician of the year’ must without question be Jo Cox.

The slain Labour MP for Batley and Spen, murdered by a neo-Nazi terrorist in June, a week before her 42nd birthday, witnessed for humanist values at a time of growing tribalism across the world.

Her defence of the rights of refugees fleeing war, and her solidarity with its victims abroad, are a standing monument against the callous nationalism of hardened hearts.

She served her local constituents with a sense of duty, while never ducking contentious issues like EU membership or migrant rights, with a Burkean sense of principle and conscience.

Like Burke’s great antagonist, Thomas Paine, she was a proud internationalist, supporting the call by Syrian democrats for a no-bombing zone to protect their families, knowing this would likely be unpopular with many voters.

Jo made this solidarity institutional, co-charing the all-party parliamentary group Friends of Syria, which brings Syrian voices into parliament and to the wider world.

She worked with co-chair and former Tory minister Andrew Mitchell to build a cross-party consensus on a humanitarian response to the greatest human catastrophe of our time. Her work continues, with the APPG reigns taken up by Jo’s friend and Labour MP Alison McGovern, and with the charity efforts set up in Jo’s name.

I was fortunate enough to meet Jo once for an interview about her work on Syria, and though the occassion was brief, her generosity of spirit and perfect blend of humanitarian and politician were impressive, like a small tornado.

That Jo should suffer the kind of violent death she sought to rescue people from abroad ought to be a source of international shame. The heroism of Jo’s last moments, as she tried to protect her staff and members of the public from her cowardly assassin, deserves to be sung through the ages as an example of courage.

Who dares praise men like Trump and Farage – or for that matter Obama – in the face of such quality?

The postumous Dianafication of Jo Cox must be resisted, not least because it sanitises and sugarcoats a far more valuable reality. I’ve tried in the passages above to write about that reality, rather than venerate a blank page onto which a vague feeling might be projected.

But I think former Labour Party leader and family friend of Jo’s, Neil Kinnock, was not overly romantic (if you’ll excuse the pun) when, shortly after her death, he choked back tears to remark:

“There’s a phrase from Shelley, ‘a day-star of the age’, and Jo Cox was a day star.”

I’ve tried to find the source of this phrase, and believe it comes from Shelley’s Queen Mab (1813), the relevant passage of which reads:

That waits the good and the sincere; that waits

Those who have struggled, and with resolute will

The icy chains of custom, and have shone

The day-stars of their age

It appears in another form, however, in a less well known poem called The Crisis, written about Ireland. Its portentous staves chime with our own time, and I reproduce it in full below, for what it might be worth to readers’ end of year reflections:

When we see Despots prosper in their weakness,
When we see Falsehood triumph in its folly,
When we see Evil, Tyranny, Corruption,
Grin, grow and fatten, –

When Virtue toileth through a world of sorrow,
When Freedom dwelleth in the deepest dungeon,
When Truth in chains and infamy bewaileth
O’er a world’s ruin, –

When monarch’s laugh upon their thrones securely
Mocking the woes which are to them a treasure,
Hear the deep curse, and quench the Mother’s hunger
In her child’s murder, –

Then may we hope the consummating hour
Dreadfully, sweetly, swiftly is arriving
When light from Darkness, peace from desolation,
Bursts unresisted, –

Then mid the gloom of doubt and fear and anguish
The votaries of virtue may raise their eyes to Heaven,
And confident watch till the renovating day-star
Gild the horizon.

See: How to justify mass murder: Aleppo and Assad’s apologists