Labour leader calls for 'bold' action from Theresa May 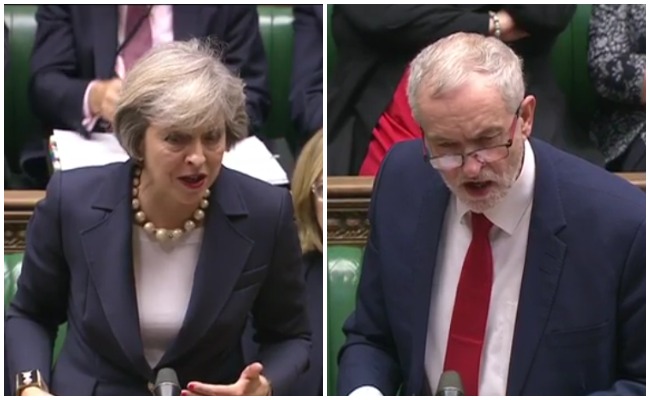 Jeremy Corbyn told Theresa May to ‘get a grip’ on social care at today’s PMQs, saying corporate tax cuts should be scrapped to fund the service.

The Labour Party leader said £4.6 billion was cut from the social care budget in the last parliament, while ‘billions seem to be available for tax giveaways to corporations’.

“Her talk of putting it on local government ought to be taken for what it is: a con” @jeremycorbyn to @theresa_may https://t.co/g0tQZr6HRv

The Prime Minister argued the government’s Better Care Fund was proving ‘more money’ for social care, and blamed Labour councils for some of the problems.

“Get a grip and fund it properly please” says the Labour leader to the PM on social care funding https://t.co/mYyakkNUVq

Corbyn replied: ‘This government has cut social care, and she knows it, and she well knows the effect of that’. He said government plans to let local authorities raise council tax to fund social care will hurt poorer areas and benefit wealthier ones.

“Why doesn’t she do something really bold? Cancel the corporation tax cut, and put the money into social care instead.”