'Return to work or face the dole' - says the workers' paper 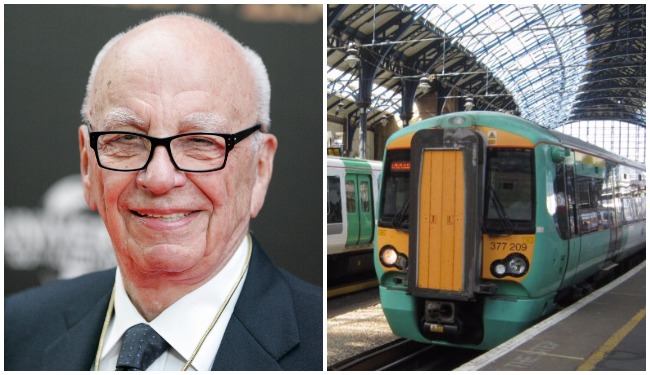 The Sun likes to pose as the voice of the working class, but when workers organise and take action to improve their lot, the paper reveals its inner Bourbon.

Its editorial says Southern Rail staff on strikes organised by the RMT and ASLEF unions are ‘grim reminders of how the hard Left attempts to destabilise crucial services and elected Tory governments using the public as cannon fodder.’

‘The dispute is a stalemate between useless bosses and pig-headed militants feigning concern for passenger safety’, it said.

“New bidders must have the will and authority to crush the strikers.

That means ordering them to return to work or face the dole.”

It tops this off by calling on the government to ‘review strike laws to prevent transport arteries being closed’ – as if the Tories’ Trade Union Bill wasn’t draconian enough!

If only the Sun could put it’s noisy chops to use defending working people instead of threatening them with unemployment (while backing cuts to the welfare rolls), and speaking with the vox imperium.