Governments should crack down on the offshore industry 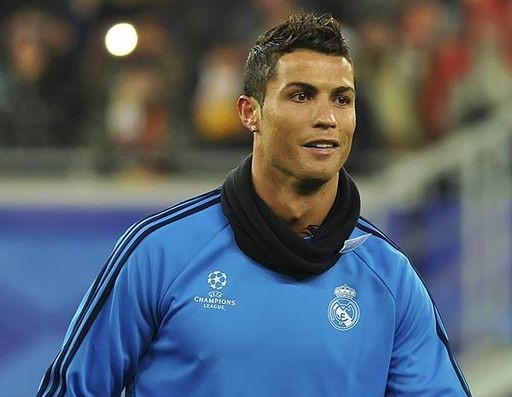 Germay’s Der Spiegel has released the first in what will be a stream of details about corruption in various European football clubs as well as the sport’s players.

Tax evasion is not uncommon in football — Lionel Messi was recently convicted of tax fraud — but these ‘Football Leaks‘, consisting of 1.9 terabytes of data, covering 18.6 million secret documents, shows just how widespread tax evasion really is in football.

This tax scandal confirms what we had learned earlier this year from history’s biggest data leak so far. The Panama Papers showed that the rich have chosen to exit from the messy business of tax. And once again the UK’s own network of overseas territories and crown dependencies are directly implicated.

The secret offshore industry is at the beating heart of the global economy, and that industry is heavily focused on tax havens. Central to the global network of tax havens is the UK’s very own overseas territories and crown dependencies, foremost among which is the British Virgin Islands.

Earlier this year a secret year-long journalistic collaboration spanning eighty countries shared the entire internal database of a major law firm. That firm, Mossack Fonseca, focused on setting up anonymous offshore shell companies. A standard shell company costs next to nothing to set up, hides the identity of those whom it really belongs to (the real ‘beneficial’ owner), and helps clients to dodge tax.

Of the 21 tax havens exposed in the Panama leaks, four were UK-linked and one in particular — the British Virgin Islands — was home to 50 per cent of all of the secret firms listed in the Panama Papers. That’s 113,000 firms in total. If the World Bank had been looking for proof that it was previously right to say UK overseas territories were the most popular location to set up anonymously-owned companies, they got that proof in the form of the Panama Papers.

British author Nicholas Shaxson sums up offshore well: offshore isn’t just a tax haven or a place, it’s a race to the bottom to where rules and laws wear away. When offshore becomes systematic, and the rich and companies use offshore to ensure they pay as little tax as possible, we all pay a price and governments have less money to spend on schools and hospitals.

Evaded taxes have to be compensated for, usually via public spending cuts or higher taxes, and these tend to fall on those least responsible and able to withstand such shocks.

The annual cost to poor countries in lost tax revenues as a result of tax havens has been put at a minimum of $170bn, according to estimates. The global cost of offshore tax evasion is significant and growing — globally eight per cent of households’ wealth is held in tax havens. One estimate puts the global cost to government coffers at $190 billion a year.

Offshore tax havens cost the UK huge sums of money. Wealthy people based here hide over £170bn offshore, costing the Government over £5bn a year in lost tax revenues. That’s why it matters that Theresa May makes the most of the power and leverage that she has to fight international tax dodging. And there’s an opportunity right now for May to take action.

MPs led by Margaret Hodge are calling for a bill passing through Parliament — the Criminal Finances Bill — to force the UK network of overseas territories and crown dependencies to bring in public registers of beneficial ownership. The information promises to tell us who really owns companies. Worldwide governments must also ensure all countries — especially tax havens — publish information on who owns registered shell companies, so it’s far harder for the super-rich to hide their wealth away. Governments must also compile a global blacklist of tax havens and take action to shut them down.

A tax haven has a financial incentive to keep attracting tax dodgers like these footballers. No tax haven is going to abandon secrecy without pressure, and MPs should apply that pressure with our support.

As President Obama said during the Panama Papers leak, tax avoidance is a truly global problem made worse by the fact that using offshore structures is perfectly legal. It’s time to take away that secrecy and legality now.